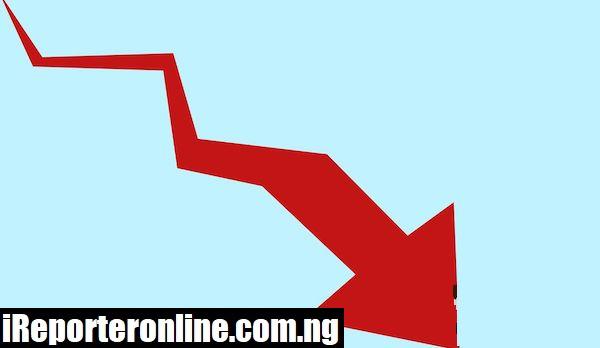 The Financial Services Industry, the Conglomerates Industry, and Consumer Goods Industry were the top three performing sectors for the week.

UAC Nigeria, First Bank Nigeria Holdings Plc, and Sovereign Insurance were the top three equities for the week, contributing 39.23 per cent and 26.22 per cent to the total equity turnover in volume and value respectively.

Consolidated Hallmark Insurance stock value appreciated by N0.12kobo to rise from N0.58kobo to N0.70kobo per share at the end of the week.

Union Bank closed the week with N5.55kobo per share, rising by N0.95kobo to move above its opening price of N4.60kobo per share.

Julius Berger topped the losers list following the loss of N2.45kobo, which caused its share price to drop from N24.80kobo to N22.35kobo at the end of trading.

MRS Oil’s share price dropped from N13.70kobo to N12.35kobo following a loss of N1.35kobo at the close of trading for the week.

Cornerstone Insurance’s share price was down by 9.80 per cent to end the week with N0.46kobo per share, against the week’s opening price of N0.51kobo per share.

C&I Leasing share value also fell by N0.40kobo to drop from its opening price of N4.60kobo to N4.20kobo per share.

Learn Africa lost 7.14 per cent from its share price to end the week with N1.17kobo, below the opening price of N1.26kobo per share.