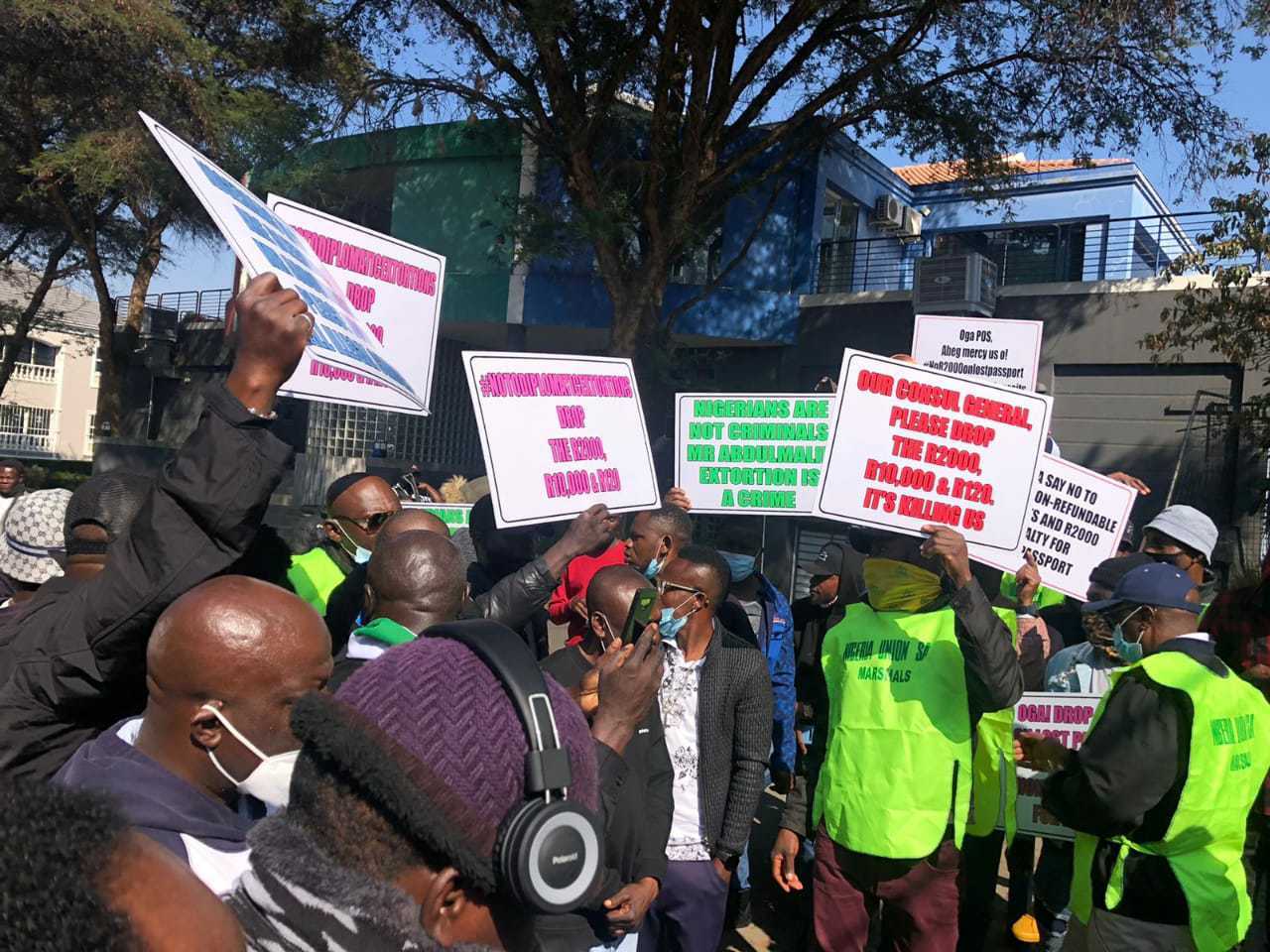 The Nigerian community in South Africa on Wednesday began a protest over what they described as an arbitrary hike in fees for an international passport.

Olubajo said the consul general imposed additional charges that were not in existence before from the beginning of 2021.

“We have reasons to believe that there is a sinister reason for subjecting Nigerians to high passport fees rather than for reason of dissuasion from crime as claimed by the CG, Mr Abdulmalik Ahmed,” Olubajo said in a communique on behalf of the Nigerian community in South Africa.

“All things being equal, we expect that the Consulate General and the OIS Services individually and collectively have adequate hardware and software for biometric readings among others to detect double issuance of passports to our nationals.”

The protesting Nigerians claimed that the consul general had labelled Nigerian passport applicants as criminal elements and reported them to police authorities in South Africa after his alleged diplomatic fraudulent activities were uncovered.

Olubajo accused the consul general of ‘milking Nigerians’ through touts at the embassy after he allegedly requested third-party agents “to pay you a ‘non-refundable bond deposit of R10,000’ for them to be able to operate within the premises of Consulate General.”

“It is obvious that [Ahmed’s] intention is not to help Nigerians but to further inflict more pains on them by collecting kickbacks from these passport agents,” Olubajo said.

“These agents will, in turn, charge Nigerians exorbitant amounts in order to meet up with your demand of R10, 000 ‘non-refundable deposits’.

The Nigerian community president said the consul general’s reported labelling of applicants as criminal elements will have a negative effect on them in South Africa.

“We are still in shock that a top official and representative of Nigerian Government in South Africa can claim that his only method of addressing the issue of crime is to impose a monetary penalty on the people regardless of whether their claim is genuine or not,” Olubajo said.

“This is a very serious allegation against Nigerians in South Africa that is capable of having negative consequences on our people.

At this point in time, it is reasonable to submit that anyone who really wants to have a second passport with the sole aim to engage in crime-related activities will just pay the CG the sum of R2000 and the passport will be issued without much ado.”