Following last week’s red carpet reception accorded former Minister of Aviation, Femi Fani-Kayode at the Aso Villa for defecting to the ruling party, an All Progressives Congress (APC) chieftain in Niger State, Jonathan Vatsa has encouraged separatist leaders, Nnamdi Kanu and Sunday Ighoho to defect to the APC and have their ‘sins’ forgiven. 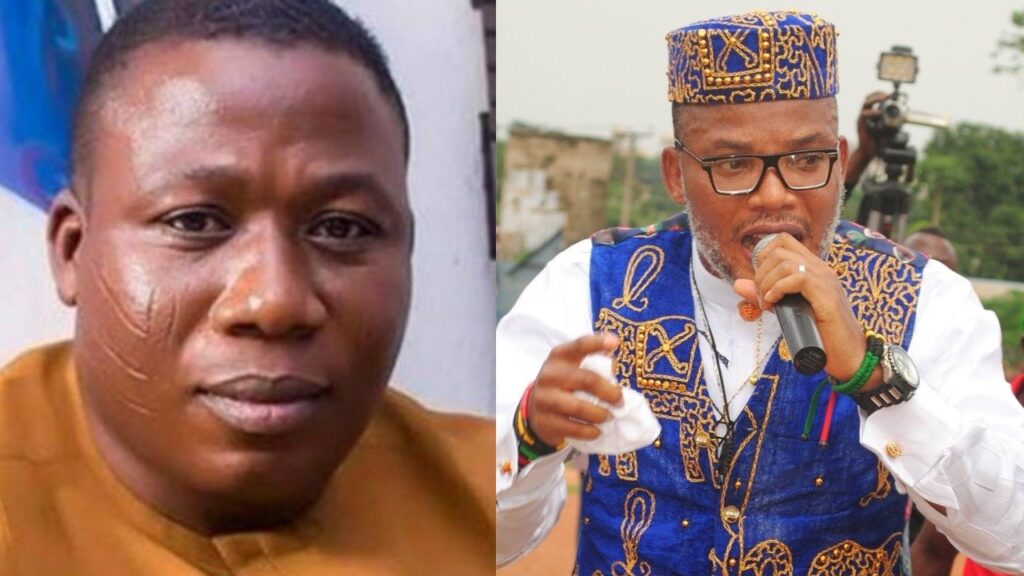 According To Jonathan, who was the spokesman of the APC in the state, said it is “shocking and embarrassing” that those who were branded “looters” of the country’s treasury are being given “red carpet reception” at the Presidential Villa, adding that this has further put to question the anti-corruption stand of the present administration.

Addressing journalists in Minna on Sunday, the former Commissioner for Information, Culture and Tourism asserted that “I will not be surprised if Kanu and Igboho join the APC and are released from detention with the best of the reception accorded them.

“That is the level of desperation that APC found itself in, no matter the level of your corruption, when you join APC you become a saint. It is sad and very unfortunate,” adding that “treasury looters are now heroes in APC. Everything is finished. The party has lost direction.”

Jonathan pointed out that the desperation at which those that were called thieves yesterday are being wooed and coerced into the ruling party is not only an embarrassment but a confirmation that “the party is struggling for survival at all means.”

While expressing his disappointment, he said: “I am dumbfounded and shocked not because Femi Fani Kayode defected to the party, but the kind of red carpet reception accorded him and in Aso Rock before the chief anti-corruption crusader himself.

“All Nigerians, including Mr President, know the controversy surrounding the N2billion Port Harcourt Airport runway contract under Femi Fani Kayode as Minister of Aviation and his involvement in the ‘Dasukigate’.

“I have said this before and am saying it again that APC needs to apologize to Nigerians that it has missed it. We failed this country in totality, and the honourable thing to do is to say we are sorry.

“When we are beginning to eat our vomit, it means that the entire system has entered reverse gear. The party has continued to de-market itself before Nigerians through the actions of its leadership every day.

“I wonder what value some of these defectors add to the party? The APC as a party is beginning to behave like an illegitimate child looking or struggling for survival at all means.”