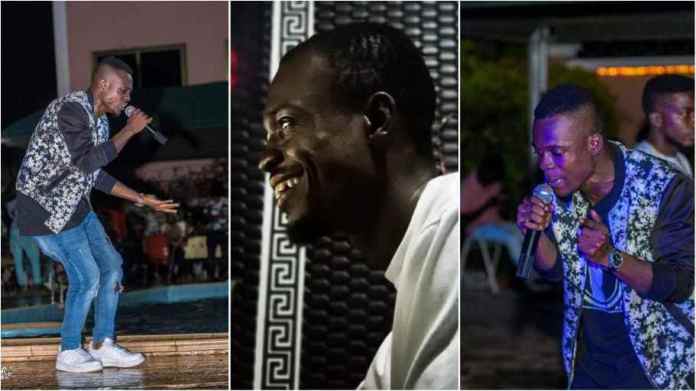 A rising Ghanaian music artiste known as Yaw Geng has hanged himself to death after posting on social media complaining that he’s suffering too much in life.

Yaw Geng, who is also a sound engineer based in Kumasi, left a post suspected to be a suicide note on his Facebook account on October 16, 2021.

Whilst others encouraged him not to give up, one of his friends on Facebook said ‘go and kill yourself. Yaw Geng apparently went ahead and did just that.

In Yaw Geng’s post, he said he had given up on life after his plans didn’t yield any fruit.

Stating that ‘we are only humans, and we are not meant to be here forever,’ and added that he always questions why he was ‘born into suffering.

His post read: “Sometimes things don’t go as planned and there is nothing you could do aside giving up. We are only humans and we are not meant to be here forever. There is a question I’ve been asking myself a billion times ….why are some of us born into suffering and others with a silver spoon in their mouth…The world ain’t fair.”

“Bro don’t give up, I feel ur pain, keep pushing, one day one day 3b3fa, s3 amfa k)p3 sika gari. But if the money comes aaa remember me cos I dey pray for u,” one Emmanuel Amoah commented.

Another, with the Facebook name, Collins Appiah-Fei Colley Mahn added: “Life is PRECIOUS broh, Lets keep it safe and things will turn around” and suddenly one Facebooker, Papion Gh, dropped a comment saying “then kill ur self bros”.

Did Angel Intentionally Expose Her B00bs At This Event? Or It Was A Wardrobe Malfunction (Video)