Social media platforms experienced glitches globally Monday as users were unable to access them for hours. 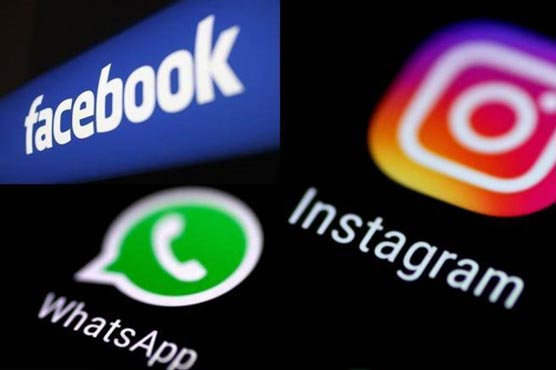 Our correspondent observed yesterday evening that only posts loaded before the glitch were available with the refresh function for new posts not churning out new Facebook posts.

Similarly, media content on the status bar were not updating or loading even though they were posted before the glitch happened.

The situation was not different on WhatsApp as messages were not going through.

A user of the platforms, Ibrahim Musa, said he had to switch off his phone twice as he was not able to access the platforms.

“There was an important message sent to me on Facebook, so I was desperate to check it. It was later I was informed by a colleague that I am not the only person experiencing the problem.”

Another user, Habib Taofeeq, said he had no inkling that the platforms had gone down when he messaged someone on WhatsApp.

“I tried refreshing my page on Facebook also but it was recycling old posts so I thought it was a network issue. It was later that I found out that it was a general problem.”

However, using another social media platform, Twitter, @WhatsApp wrote: “We’re aware that some people are experiencing issues with WhatsApp at the moment.

“We’re working to get things back to normal and will send an update here as soon as possible. Thanks for your patience!”

Similarly, @Facebook tweeted: “We’re aware that some people are having trouble accessing our apps and products. We’re working to get things back to normal as quickly as possible, and we apologize for any inconvenience.”

Also, @IstagramComms wrote on Twitter: “Instagram and friends are having a little bit of a hard time right now, and you may be having issues using them. Bear with us, we’re on it! #istagramdown.”

Bloomberg reports that Silicon Valley techpreneur Mark Zuckerberg’s personal wealth has fallen by nearly $7 billion in a few hours, knocking him down a notch on the list of the world’s richest people, after a whistleblower came forward and outages took Facebook Inc.’s flagship products offline.

According to Bloomberg, a selloff sent the social-media giant’s stock plummeting around 5% on Monday, adding to a drop of about 15% since mid-September.

The stock slide on Monday sent Zuckerberg’s worth down to $120.9 billion, dropping him below Bill Gates to No. 5 on the Bloomberg Billionaires Index. He’s lost about $19 billion of wealth since September 13, when he was worth nearly $140 billion, according to the index.

On September 13, the Wall Street Journal began publishing a series of stories based on a cache of internal documents, revealing that Facebook knew about a wide range of problems with its products – such as Instagram’s harm to teenage girls’ mental health and misinformation about the Jan. 6 Capitol riots – while downplaying the issues in public.

As of the time of filing this report, the platforms were to be back online.