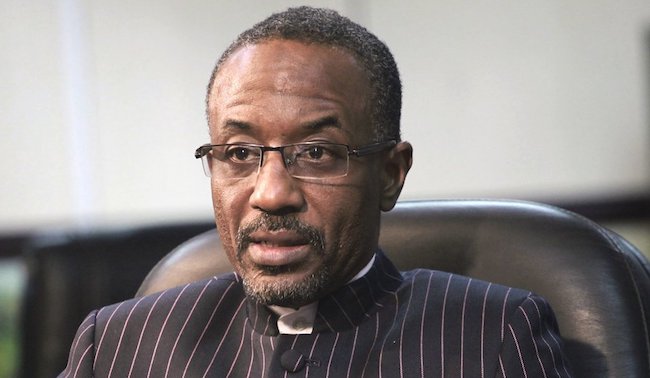 A former Emir of Kano, Sanusi Lamido Sanusi, lamented on Friday that Nigeria’s economy was on the verge of total collapse.

Sanusi, who stated this at the ongoing Kaduna Investment Summit, added that oil, the country’s major source of foreign exchange was about to die.

He stressed that many countries across the world are shifting their focus from fossil fuel to alternative sources of energy.

Sanusi said: “Globally, work is being redefined. 30 to 40 percent of workers in developed economies will need to significantly upgrade their skills by 2030. What are the major drivers of this redefinition? A few of such are ICT and remote working which we had seen even here with the COVID-19 pandemic.

“There is increased automation and artificial intelligence. Very soon, robots will take over work in most countries and those who would have hob are those who operate the robots or manufacture the robots, or service the robot.

“And you have decarbonisation. For us in Nigeria, the enclave economy that we have, the so-called goose that lays the golden egg is about to die. There will be no eggs. The future is not in the carbons.

“A few months ago, Germany was able to produce enough renewable energy for the entire country’s need. Today, we are having difficulties selling Nigerian oil. So, not only are we having problems producing, even when we produce, the market is not there.

“So, this is forcing a change, and for us a country that depends on oil, things need to change.

“Nigeria is ranked 114th in the global innovation index. We are lower than other African countries such as Kenya, Rwanda, and Senegal. We are in fact ranked 14th in sub-Saharan Africa. I think we should have this reality check and know where we are as a country. Let’s stop calling ourselves the giant of Africa because we are the giant with clay feet.

“Countries like Kenya, Rwanda, and Senegal are ahead of us. I am not even talking about South Africa. Our expenditure on education is only seven percent of the budget. We are spending less on education than Ghana; I am not talking about as per the percentage of the budget; in absolute terms, even though the Ghanaian economy is much smaller than the Nigerian economy, even though the Ghanaian government revenue is less than Nigerian revenue, Ghana is spending more on education than Nigeria.

“We have a 68 percent missing job requirements and the major areas being IT, communication and decision making. And the completion rate between entry into primary one and completing university is eight percent, meaning that out of every 100 pupils who go into primary school, only eight come out of university. And out of those eight, nine percent, which is one of the eight will get a job.”