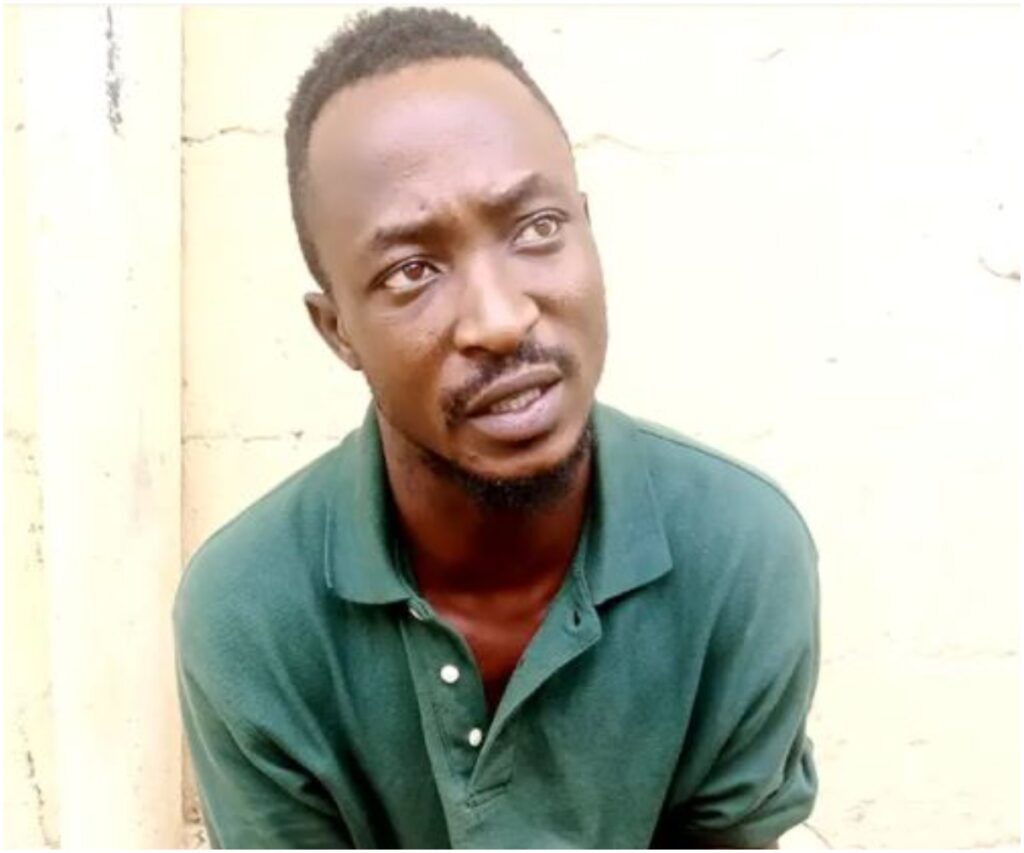 Naija News gathered, the 23-year-old bricklayer said to hail from Ibillo in Akoko-Edo Local Government Area of Edo State hit the 46-year-old, a widow and mother of four with a plank and had carnal knowledge of her thereafter.

A resident in the area, who simply gave his name as Peter, said: “This woman we popularly called Mama Samuel was a widow with four children and the last one, who is 13 years, stays with her.

“She was having difficulties paying her rent and then approached a woman in the area whose brother was building a storey building that has been roofed, to allow her stay there pending when she can raise money from her business to get a new accommodation.

“She had a lover, who is a bricklayer, that was coming to see her and people around here know them.

“It was early in the morning on July 16 that her 13 years old son, after regaining consciousness from his confrontation with the suspect in the night, ran to inform neibghours of what has happened.

“He was rushed to the hospital for treatment and later narrated the story of how the suspected attacked them.

“He led others to the place where the suspect was working and immediately he sighted the boy, he took to his heels until he was pursued and arrested by the police.”

When confronted, the suspect acknowledged to the crime but said he did not hit the victims with a log. According to Adeboye “she wanted me to help her with cement to do a caravan.

“But when we did not agree on how to do it, she said I should leave her house. I actually left but missed my way and strayed back to the house.

“But by this time, they had locked the gate, so I jumped into the compound through the fence and entered their room.

“His son threatened to stab me, went into the room and came back with a knife. I rushed at him and pushed him.

“He hit his head on the wall and collapsed. The woman then came after me and held me, but in trying to push her away, she fell and hit her head on the ground and blood was coming from her head.

“I quickly took the boy to the room and put him on the bed and then left. I did not hit anybody with log and I did not sleep with the woman

#BBNaija Shine Ya Eye: War Breaks Out Among Housemates (Video)