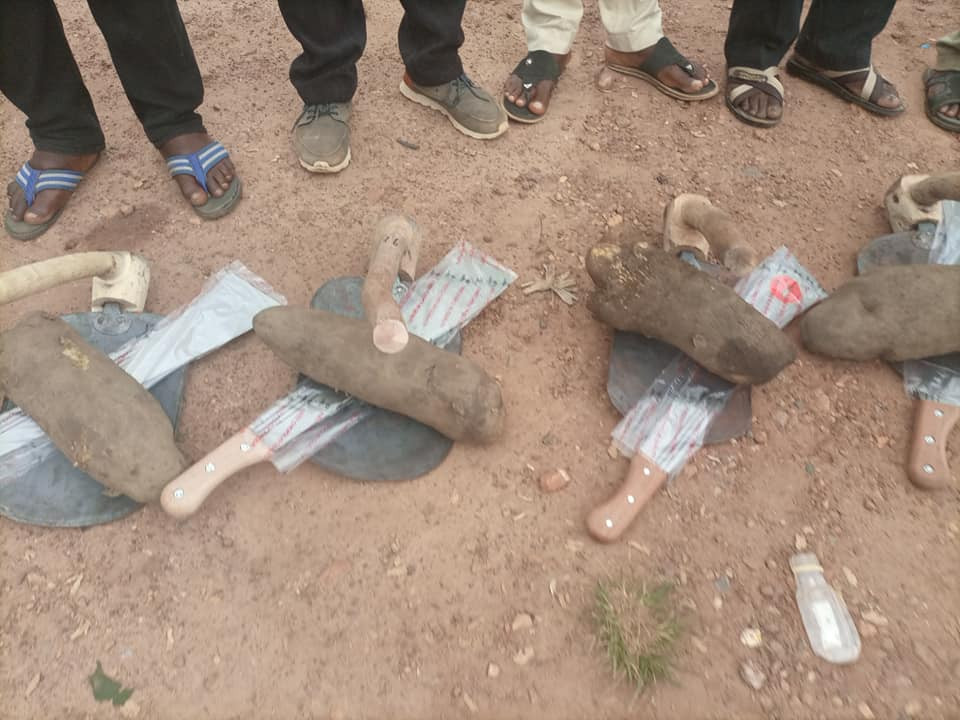 The Chairman of Obanliku Local Government Area of Cross River State, Hon. Evangelist Margaret Inde has empowered pilot farmers each with a hoe, cutlass and one tuber of yam. 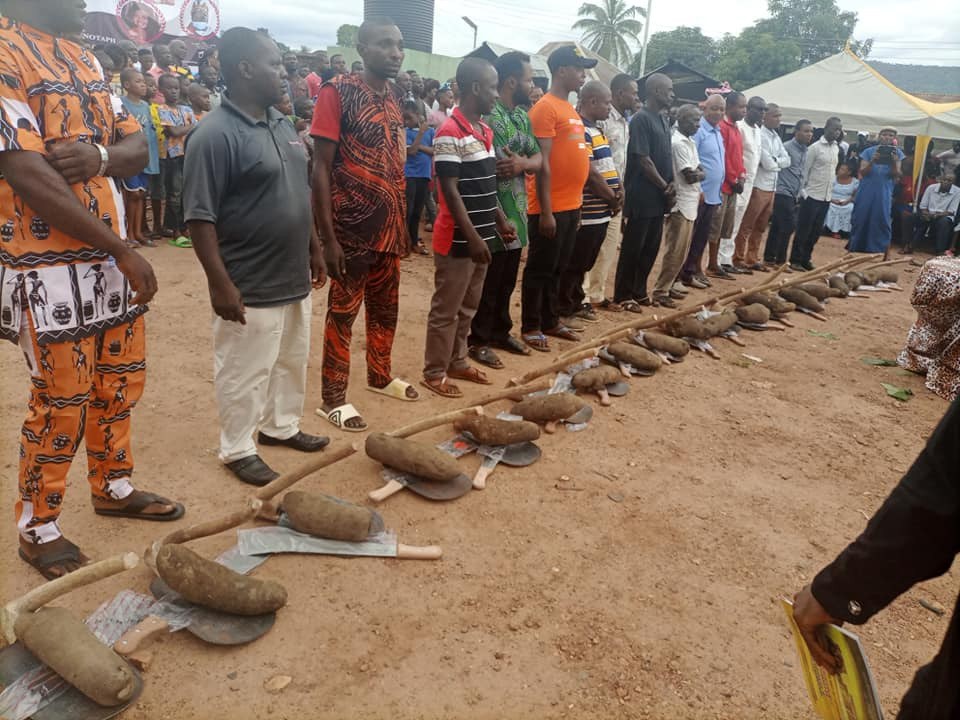 The LG boss handed over the items during activities to mark the 30th anniversary of the creation of the Obanliku LGA as well as the celebration of the New Yam festival held on Friday, August 27. 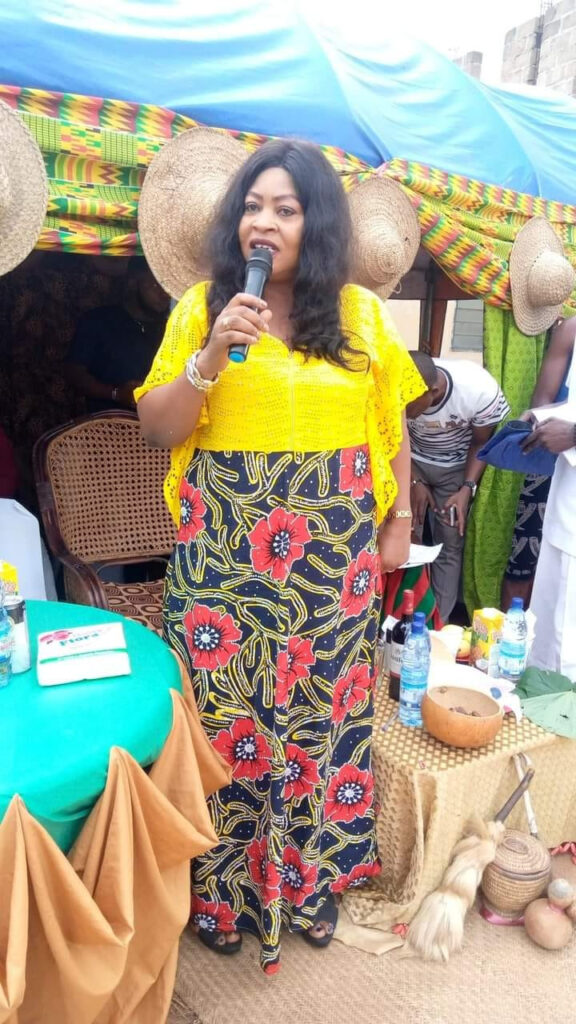 The empowerment scheme has elicited varying reactions on social media with many people criticising Mrs Inde’s gesture while others blamed the able-bodied men who lined up to accept the items from her. 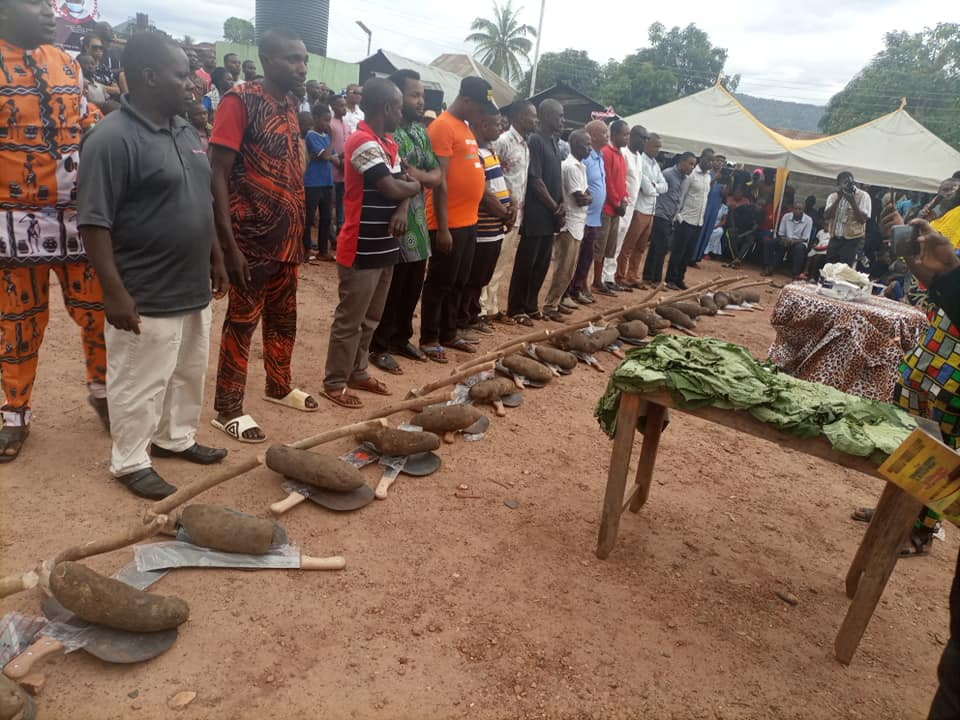