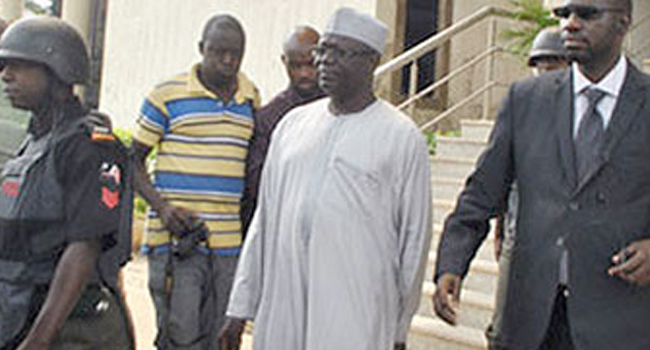 The Supreme Court has affirmed the six years imprisonment imposed on a former Federal Director of Pensions, Mister John Yakubu, and also ordered him to refund the sum of N22.9b to the Federal Government.

The N22.9b was part of the police pension fund he admitted before a High Court of the Federal Capital Territory (FCT) to have been misappropriated.

Justice Tijjani Abubakar in a judgment in an appeal filed by Yusuf upheld the decision of the Court of Appeal which in 2018 sent him to six years imprisonment in addition to the refund of the sum.

The apex court held that Yusuf and others engaging in fraudulent practices must be told through court judgments that it is no longer business as usual.

Justice Abubakar said that the appeal of the former federal pension director seeking to set aside the six years jail term against him was frivolous and devoid of merit.

He further held that victims of the convicted director deserve restitution which can only be achieved through justice.

Yusuf had dragged the Federal Government before the apex court seeking to overturn the six years imprisonment slammed on by the Court of Appeal.

The former pensions director, who is serving the six years jail term at the Kuje correctional facility, also asked the Supreme Court to set aside a whopping sum of N22.9 billion he was ordered to refund to the government treasury by the Court of Appeal in a 2018 judgment.

He was sent to prison in 2018 by the Court of Appeal in Abuja upon being found guilty of defrauding the Federal Government to the tune of N22.9 billion through police pensions.