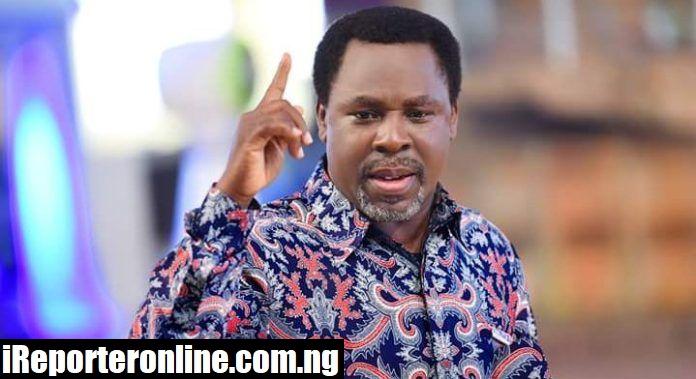 Prophet Chris, one of the disciples of late Prophet Temitope Balogun Joshua popularly known as TB Joshua, founder of Synagogue Church of All Nation SCOAN has revealed the secret of his master.

Prophet Chris during a sermon at the church auditorium prior to the final interment of his principal, said the miracles performed by the renowned prophet was due to his relationship with the supreme God, saying TB Joshua drew his power from love for God and humanity.

He said the popular man of God was never offended by the activities of his critics who over time, questioned his source of power.

“The secret of Prophet TB Joshua’s ministry in front of this altar is his lifestyle behind the altar.

“The remarkable results we all see on Emmanuel TV – effortless healing, instant deliverance, accurate prophecy, profound teaching, spontaneous miracles – is just an overflow of his relationship with God. In a generation so full of fake things, Prophet TB Joshua was the real deal!”

Prophet Chris further said, “He did not see any fight as a personal challenge but one against his God.

“He left every battle for God and let his future answer the questions.

“He gave himself to prayer and refused to be offended.

“He was accessible but untouchable – tested by the fire of life and proven by the test of time! His consistency testified to his authenticity! #TBJoshuaLegacy”.

Photos From The Funeral Service Of Late Prophet T.B Joshua