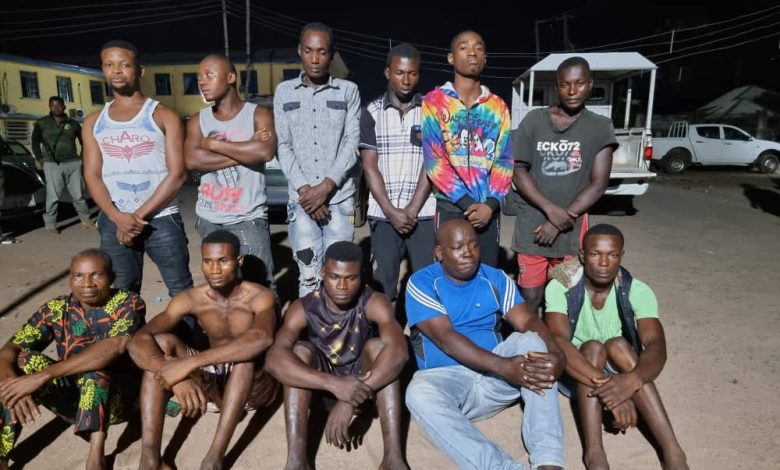 Gunmen suspected to be members of the Indigenous People of Biafra (IPOB) on Monday gunned down a Chief Superintendent of Police, (CSP) Fatmann Dooiyor in Imo state.

The source understands that Dooiyor, who was the Divisional Police Officer (DPO) for Omuma, Governor Hope Uzodimma’s community in Oru East Local Government area of the State, was among a group of police officers who tried to repel an attack by the gunmen.

According to a statement signed by the Police Public Relations Officer of Imo State, CSP Mike Abattam, six of the gunmen were killed by the police while 11 were arrested. Abattam said the criminals in a convoy of three vehicles invaded the community but were repelled by police led by the Area Commander, ACP Benjamin Abang.

According to Abattam, the police were alerted when bandits were sighted moving in convoy into Omuma town.

Abattam said, “The tactical teams of the command immediately swung into action, ambushed and launched a surprised attack on the convoy of the bandits which resulted to the neutralisation of six of the bandits while, 11 of them were arrested to the station.

“The teams later recovered the three vehicles abandoned by the bandits to the station which includes, two Toyota Highlander SUV vehicles with registration numbers Abia MBL 517 AT and LAGOS , JJJ 984 EL respectively and a milk colour unregistered Lexus Jeep to the station.

“Presently, the command’s tactical teams and Special forces led by ACP Evans E.Shem are combing the bush for possible arrest of the bandits that fled into the bush,” the statement added.

Imo State has become a hot zone since IPOB leader, Nnamdi Kanu launched the Eastern Security Network (ESN) in December 2020. Police formations and officers have been attacked and killed.

BIRTHDAY TRIBUTE TO A QUINTESSENTIAL OCTOGENARIAN