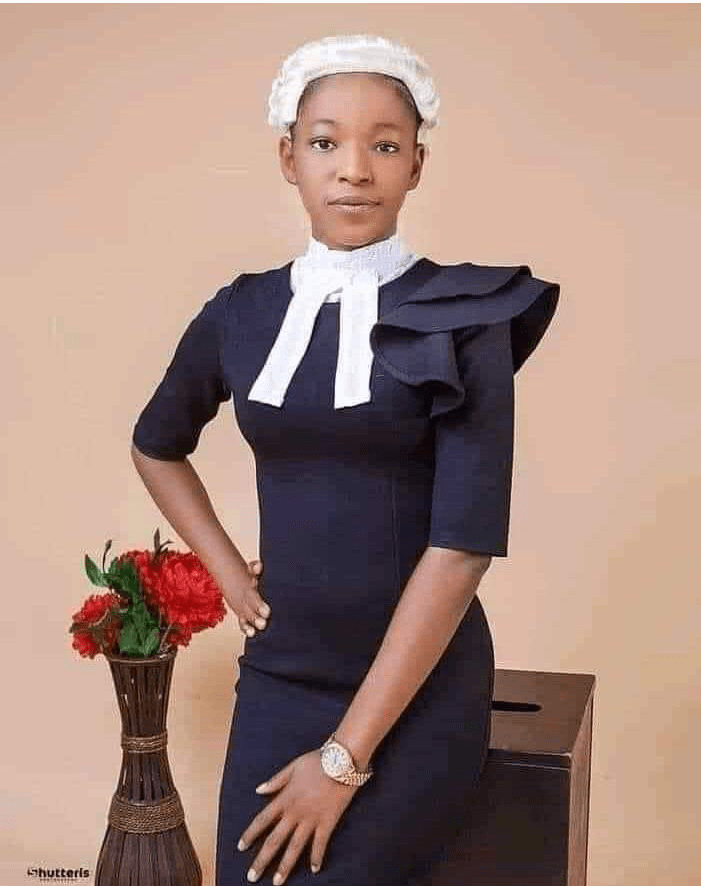 Esther Chukwuemeka, the woman tagged the youngest Nigerian lawyer following reports she was called to bar at age 20, has reacted to set the records straight.

Esther denied claims that she graduated from secondary school at 13 and was called to bar at 20.

READ ALSO: JUST IN: Oh No!! Buhari Is Dead

She said the report was an error made by a person who put out a congratulatory message to celebrate her.

She added that she graduated from secondary school at the age of 15 and went to study Law in India at 17 after ABSU gave her Political Science, instead of the Law she wanted.

She explained that she spent 5 years studying Law in India before returning to Nigeria for Law School, hence, she couldn’t have been called to bar at 20.

Watch her speak in the video below.