A graduate of the University of Uyo allegedly died in police custody and his friends are asking for justice.

Kubiet Akpan, popularly called Icon by friends, is a fitness enthusiast and the only son of his parents who was waiting to be called up for NYSC.

He was allegedly wrongfully arrested by the Nigerian police, B division Ewet Housing Estate, Akwa Ibom, on Sunday, August 29, and accused of being an armed robber.

He was then taken to the cell where he was allegedly beaten till he died.

Friends who heard of his arrest reportedly went to search for him in B division and multiple other police stations but the police allegedly denied having him.

Friends claim they eventually realized Kubiat had been killed after his aunt called the police commissioner and people in government.

After he died, the police are alleged to have taken his body to Headquarters Ikot Akpan Abia mortuary without informing his family.

Friends took to Facebook to mourn Kubiet and call for justice. 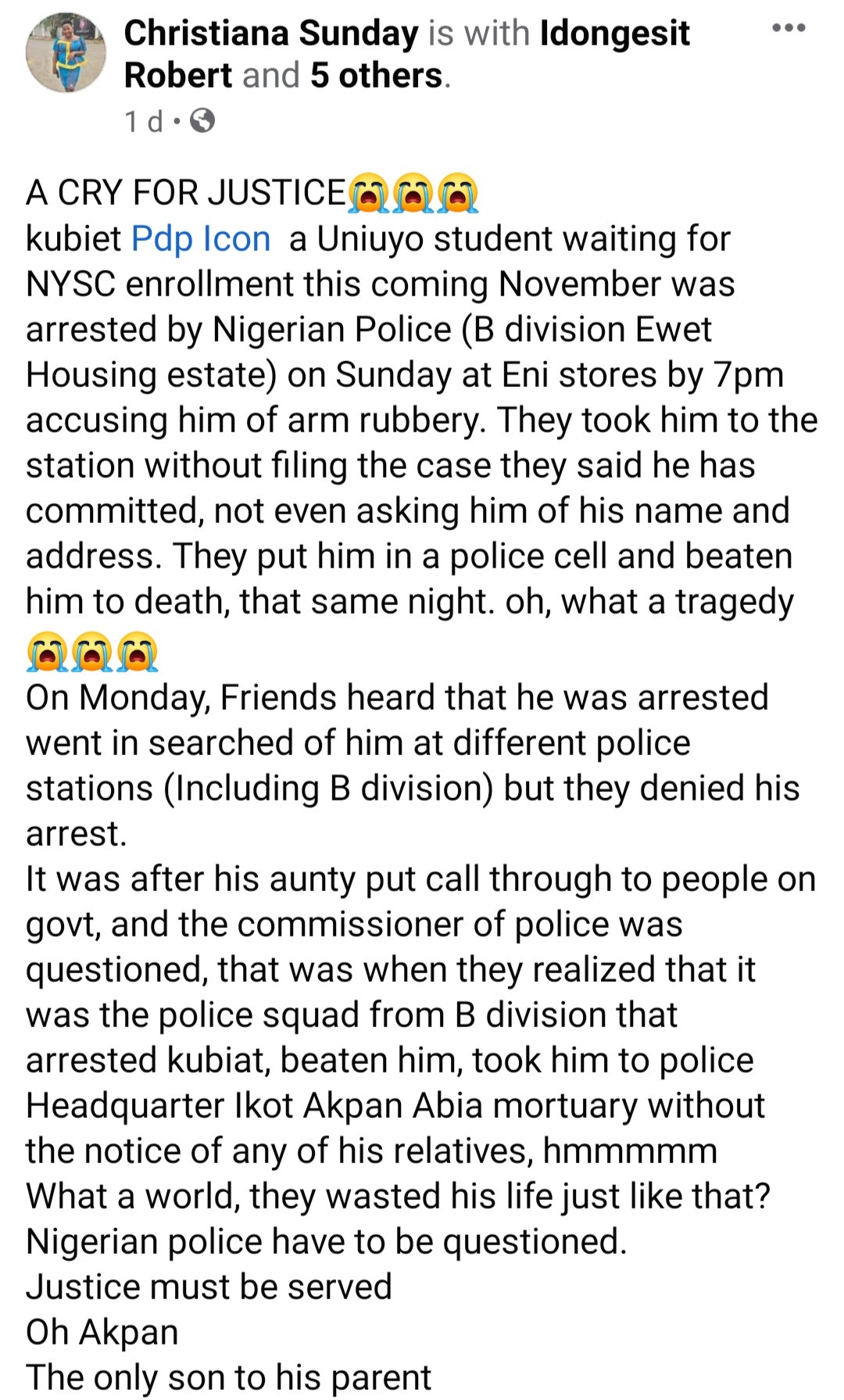 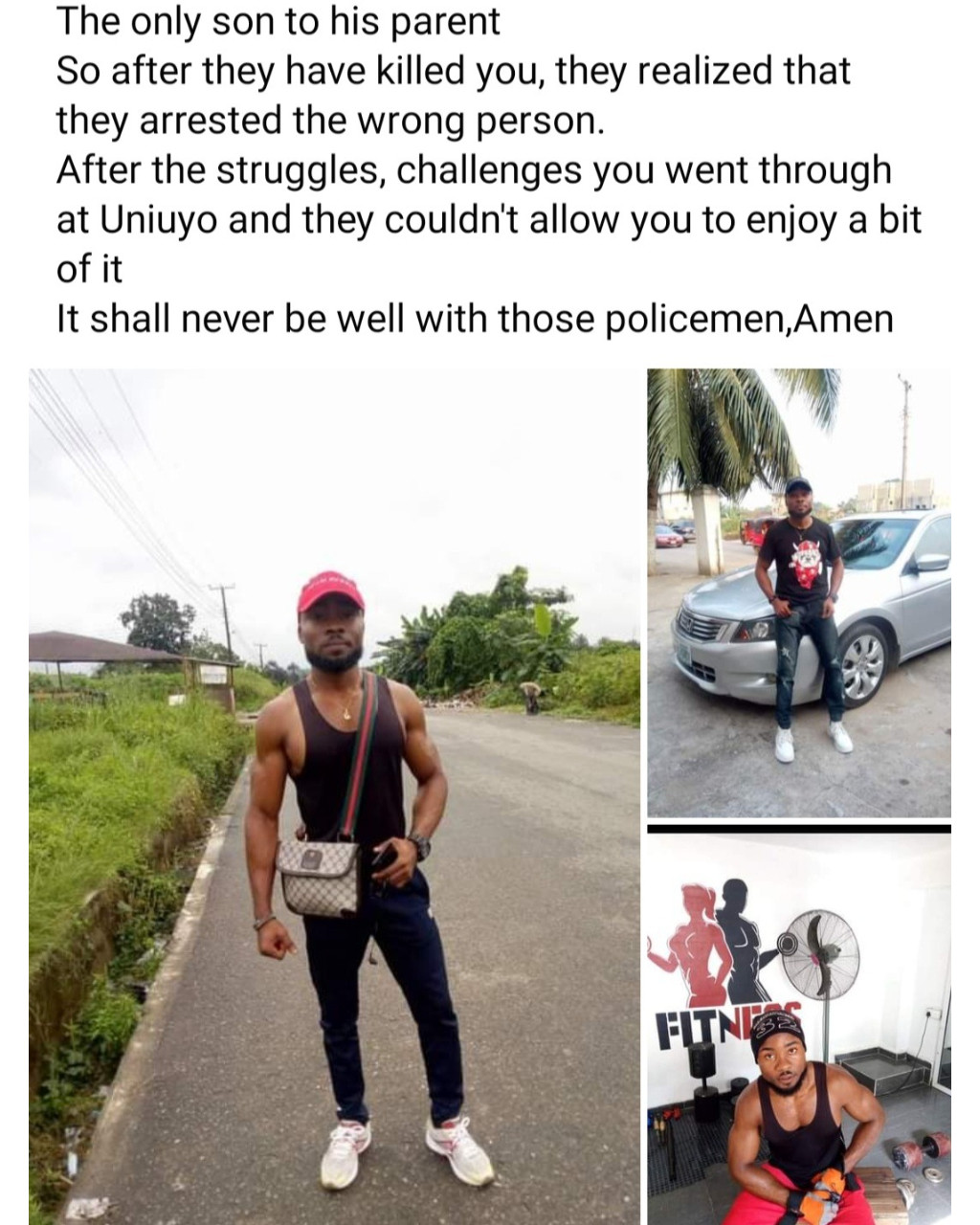