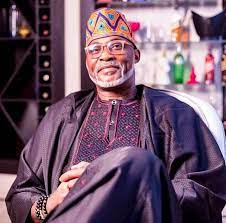 Veteran Nollywood actor, Richard Mofe-Damijo has disclosed in a recent session with Chude Jideonwo that he has broken the family curse that has been haunting his ancestors for ages.

According to the veteran thespian, no member of his family lived up to the age of 60; Damijo who clocks 60 in a couple of days stated that he is proud to have defeated the spectre of death.

The veteran actor stated that he lost both his parents to diabetes before they ever clocked 60.

“None of my parents lived to be 60, so life for me is just about to get started.”

“There’s been a spectre of death around my life, that’s what I’ve been dealing with last year till this year.

Kindly Share This
Dear Reader, Fetching good and credible news information is tedious and requires huge finance. We are soliciting support from our readers and fans. For as low as N1,000  you can be a part of our golden membership. Your support would go a long way in assisting us to continue guaranteeing quality news to our readers across the globe. Bank transfers can be made to: Zenith Bank 1014932118 Ireporteronline communications Inquiries: Email: ireportero[email protected] Whatsapp: +234 7032341798 FOR BUSSINESS ADVERT CLICK THE WHATSAPP IMAGE BELOW