A similar scenario was played out at the funeral reception of Prince Olanrewaju, the late father of award-winning Nigerian songstress, Tiwa Savage. 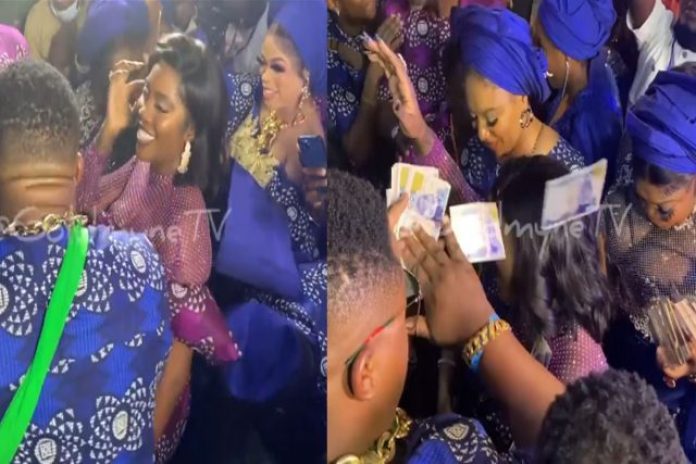 Tiwa Savage who lost her father about a month ago was finally laid to rest on Friday and in the evening, a reception was organized for him by Tiwa Savage.

The reception which was supposed to be sober turned out to be a fun-filled one as guests at the event which included celebrities and friends of Tiwa Savage sprayed cash on Tiwa Savage on the dance floor.

The celebrity barman, Cubana Chief Priest, crossdresser, Bobrisky and actress, Adesua Etomi stole the show as they made it rain heavily on Tiwa Savage as she danced to loud music played.