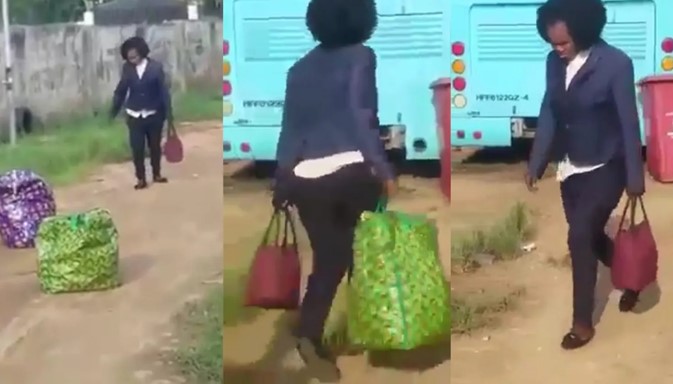 A video that recently surfaced online shows a heartbreaking video of a woman losing her senses moments before she was supposed to travel.

According to reports, the yet-to-be-identified woman was travelling abroad but when she arrived at the airport park, she started acting in an unexplainable manner.

In the video, which is currently making rounds online, she can be seen carrying her luggage from where it was arranged.

READ ALSO: Revealed: Why Nigerian Lady Was Killed By Her 61-Year-Old Italian Husband

Her strange behaviour attracted onlookers around the airport premises as some opined that she may have been spiritually attacked.