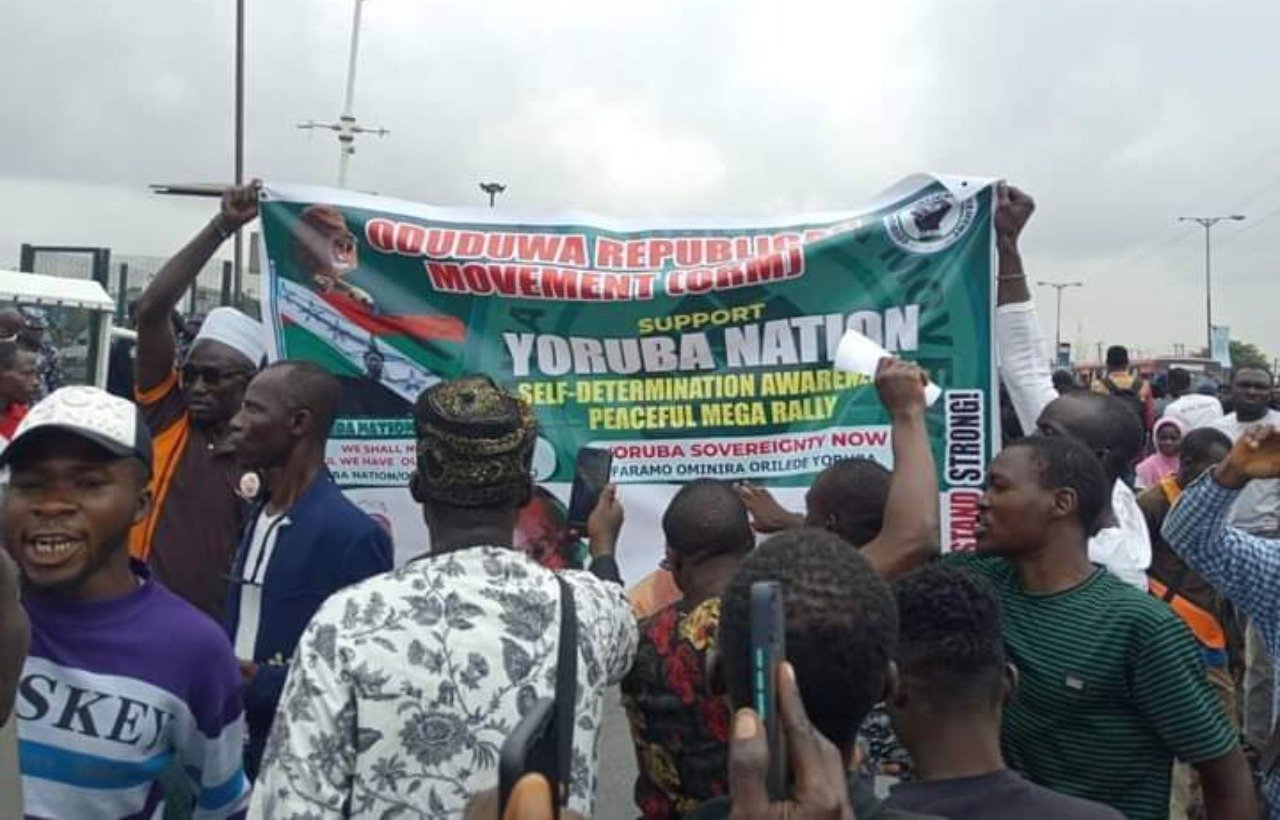 A woman complained bitterly after a stray tear gas canister hit her residence on Saturday during the Yoruba Nation rally in Ojota, Lagos.

She accused government agents of putting the lives of civilians in danger.

The resident, who said she has two kids, wondered how the canister landed in a densely populated area far away from the protest venue.

“I have kids of 8 and 5 years old. Look at…all the way from Abiola Garden. I’m a Yoruba lady, I’m a citizen of this country.

“I did not go to fight at the Yoruba Nation rally, I did not attend. Why should they come and kill me? They threw tear gas, it’s even hot”, she lamented picking it.

“Look at the tear gas that was thrown into my house. What should we say to this. Is this a country? This is wickedness.”

The development coincided with the discovery of the lifeless body of a teenager within the compound of a building in Ojota. The impact on the deceased was visible on the right side of her chest.

Residents gathered and accused the police of using live bullets to disperse those clamouring for the exit of Yorubas from Nigeria.

“This is strange to us. Will find out and revert”, Police Public Relations Officer, Muyiwa Adejobi said.

Despite Police warning, the agitators found their way to Ojota for the gathering called by Sunday Igboho.

Security agencies have declared the secessionist wanted. On Thursday, the Department of State Services (DSS) advised him to surrender.

The Ojota rally has been disrupted with Police firing tear gas and used water cannons. DAILY POST reported that guns were fired at some point.

Nigerian forces have taken over Ojota, environs, and other areas prone to volatility.

Yoruba Nation Rally: See What The Police Is Saying About The Little Girl’s Death

Revealed: Identity Of The Innocent Young Lady Killed By The Police Today At Yoruba Nation Rally