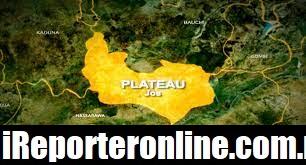 Residents of Jos metropolis, Plateau State, on Saturday, cried out over the shortage of food items and other essential commodities in their areas following the re-imposition of 24 hours curfew in the area, Daily Trust reports.

The residents also complained about the hike in prices of food items after the directive.

The 24 hours curfew was re-imposed by the state government following the killing of members of the Anaguta ethnic group on Tuesday in Yelwa Zangam community of Jos North LGA.

Residents who came out to look for food complained about the situation.

Yakubu Busari, a resident of Janta Adamu, said people in the area were finding it very difficult to cope with the situation, saying the curfew, though important, had resulted in hardships in the area.

He said, “Getting the food is problematic. Many people don’t have money because they have to go out before they can get some money to buy food.

“Recharge cards are not available because many shops are not operating.

“The situation may result in theft and other criminal activities within the community.”

Peter Azi, a resident of Laminga, said, “The curfew is seriously affecting residents of my area in all aspects of their life. People can’t go to town to access health care services.

“Food items and other essential commodities are very scarce because sellers of the items often go to the town to supply them and the town is locked.”

Hamza Musa, a resident of Anguwan Rogo, said, “To me, the government by now should relax the curfew. People are hungry and should be allowed to go out and source food to eat.

“When hunger becomes unbearable and people decide to go out, the government may not control people.”

While calling for the lifting of the curfew, many residents urged the government to deploy security personnel at all flashpoints to protect lives and property.

Sir Victor Uwaifo: 10 Things To Know About Him