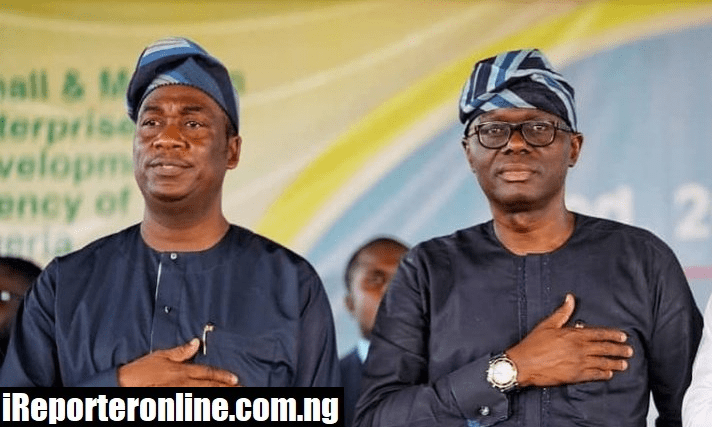 It is the season when state governors all over the country and the President at the centre roll out the drums and pop champagne while giving accounts of their stewardship to the people.

May 29 is around the corner and the people’s governor, Babajide Sanwo-Olu of Lagos State will on that day beat his chest or jump on the rooftop to proclaim: ‘I have done a yeoman’s job in Lagos State in the last two years.

In a message to the governor and his deputy, Dr Femi Hamzat, the Chairman of Ikale Heritage Development Association, Otunba Sola Olatunji describes the duo as a perfect equation for good governance in Lagos, stressing that in spite of the setbacks caused by the #EndSARS protests and the COVID-19 pandemic, Sanwo-Olu and his deputy deserve all the accolades from Lagosians insisting that the government has not reneged on its promises to the people.

“I salute the governor and his deputy on this auspicious occasion of their second year anniversary in Lagos State,” Olatunji said. “They have been unique and systematic in delivering dividends of democracy to Lagosians in the last two years after their swearing-in at the TBS..

“Babajide Sanwo-Olu and Dr Femi Hamzat are promise keepers. They have been outstanding despite the huge problems of COVID-19 that almost crippled their activities in the last year. They have remained undaunted.  They took over as incidents Commanders right from the inception and were able to reduce the fatality rate of COVID-19 deaths in Lagos against the predictions of WHO.”

According to the business mogul, Sanwo Eko (as he is fondly called) took over all the link and major roads in Lagos for repairs to make Lagosians comfortable. He has completed over 11 housing projects in Lagos State.  “The duo runs inclusive governance in Lagos, making people the thrust of their government.  They don’t make a decision without due consultations and this is germane to building the smart city of our dreams in Lagos.

“I can’t but appreciate Sanwo-Olu for his benevolence to the Ikale people in Lagos, for palliatives worth millions and the approval of grants worth over 15m naira for Ikale community in Lagos recently. And many more.”

Olatunji, however, advises the governor and his deputy to continue to make inclusiveness as the cornerstone of their government.

“This will go a long way to provide strength and stability in their government as acrimony and distractions will be reduced.  Full concentrations will promote the implementation of government programs and the desire for a smart city status will be achieved in no time for Lagos State.  Sanwo Eko and Dr Femi Hamzat,  it’s still a work in progress so your best hasn’t come yet. Congratulations.”