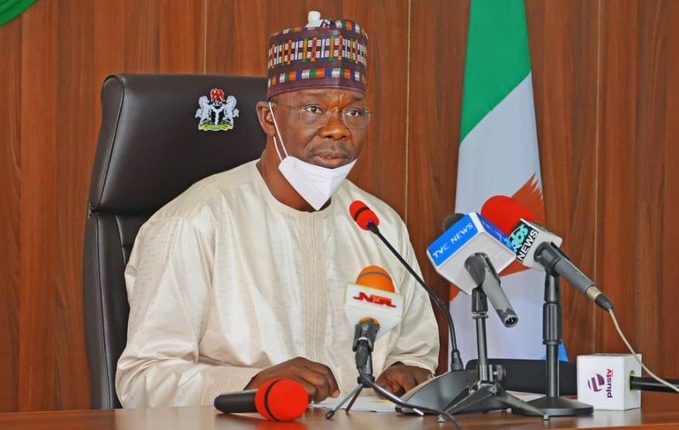 Prof. Allanana Otaki, the immediate sacked Commissioner for Agriculture and Water Resources who served under Governor Sule, has been dragged before Upper Area Court in Nasarawa State for allegedly snatching Dr Peter Aboki, the deputy provost of College of Agriculture Science and Technology wife.

At the sitting in Lafia, the Presiding Judge Mr Abubakar Lanze said the Deputy Provost, Dr Peter Aboki had through his counsel applied for a stay of any form of relationship between his wife Mrs Felicia Aboki and professor Otaki pending the determination of a substantive petition filed by Mrs Aboki seeking divorce of her 18 years old marriage to Dr Aboki.

Counsel to the applicant Mr Shikama Shyeltu explained that his client got the counter affidavit a few minutes to the commencement of the court sitting hence the need for an adjournment to give them time to study it.

While Counsel to the first respondent, Mr Joseph Agbo argued that his client Professor Alanana Otaki does not have hands in the marriage crisis between Mr and Mrs Peter Aboki and wondered why he would be joined as a party in the suit.

According to counsel to Prof. Allanana Otaki,” There two petition, one seek for interlocutory against my client another seek to join my client as petitioner in the case, we have already filed our processing in getting to the court this morning the respondent that is trying to join us as petitioner against him who was not married to serve us paper this morning because the letter served to him since last Friday but it was this morning they served us that was why the adjourned the case enable us to respond,” counsel to Allanana said.

On his part, Counsel to the second respondent, Mrs Felicia Aboki, Mr David Meshi said his client was no longer interested in the 18-year-old marriage to the applicant which was why she decided to seek divorce.

Mrs Felicia Aboki had filed a petition seeking a divorce of her marriage.

According to counsel to Mrs Felicial,” My client has approach court seek divorce of his 18 years marriage between her and Former husband, a marriage that was ended extra judiciary. She came to court to confirm the end to her marriage,” counsel to Felicia said.

However, while awaiting the court’s action on the matter, the petitioner was alleged to have been engaged in affairs with the first respondent, Professor Alanana Otaki.

The case has been adjourned to September 15 2021 for a hearing of an application filed against the state Commissioner for Agriculture and Water Resources, Professor Alanana Otaki and one Mrs Peter Aboki.