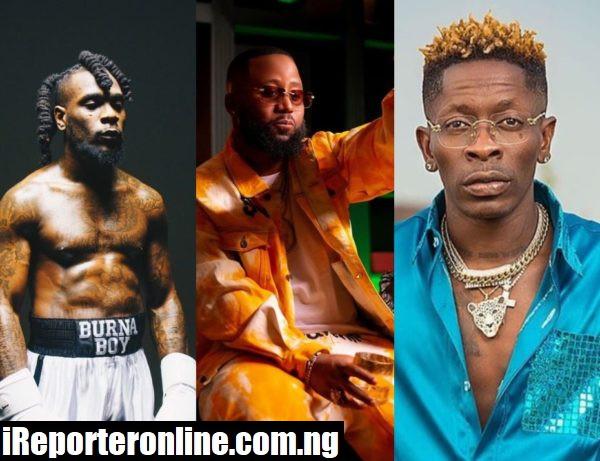 South African rapper, Casper Nyovest has said that he would like to organize the 1 on 1 fight between Burna Boy and Shatta Wale.

Nyovest disclosed this while reacting to a tweet where Burna proposed a physical fight between himself and Shatta Wale and not a face-to-face freestyle battle.

The rapper, who recently beat up a YouTuber, fond of attacking him on social media in a boxing match, said he would love to organize the fight when the two musicians finalize how they intend to squash their beef.

He wrote; “Is this a Boxing match or a 1 on 1 music ting? If it’s a boxing match I would love to put it together or get involved.” 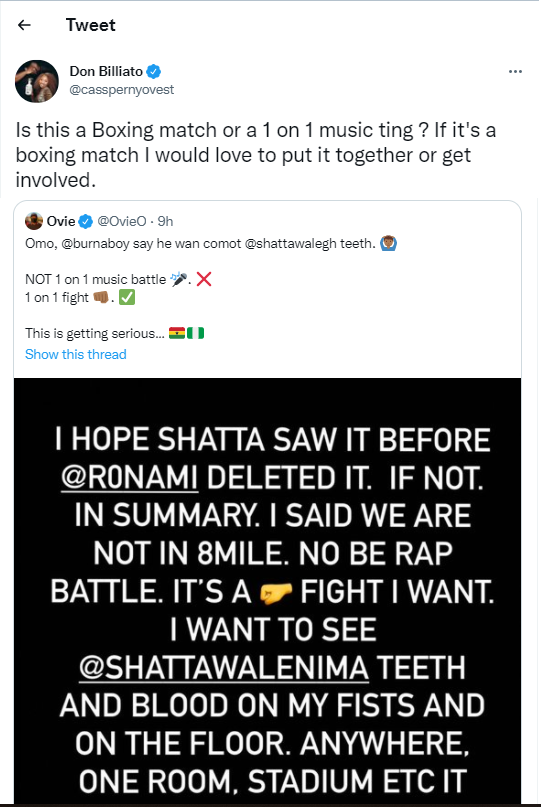