A suspected kidnapper has been shot dead during a shootout with the police on Benin-Auchi road by Okhuo hill in Uhunmwonde Local Government Area of Edo State.

It was gathered that the gunmen had set a barricade on the road with intent to kidnap travellers when the police ran into them on Tuesday, June 22.

Spokesperson of the State Police Command, SP Kontongs Bello, who confirmed the incident said the police responded to a distress call that hoodlums had blocked Benin-Auchi road and were waiting to rob road users.

“On receipt of the information, the DPO in charge of Ehor Division swung into action by drafting tactical teams to the area,” Bello stated.

“The hoodlums on sighting the police engaged them in a gun battle but in the process, one of the hoodlums was shot dead,”

The PPRO said that one locally made single barrel gun, seven live cartridges and a Tecno phone were recovered at the scene.

“Effort is on to arrest other gang members who escaped with bullet wounds,” he added.

According to him, Commissioner of Police Edo State Command, CP Phillip Aliyu Ogbadu, has assured the command’s commitment to making Edo crime-free.

He urged the general public to continue to give credible information that will lead to the arrest of criminals in the State. 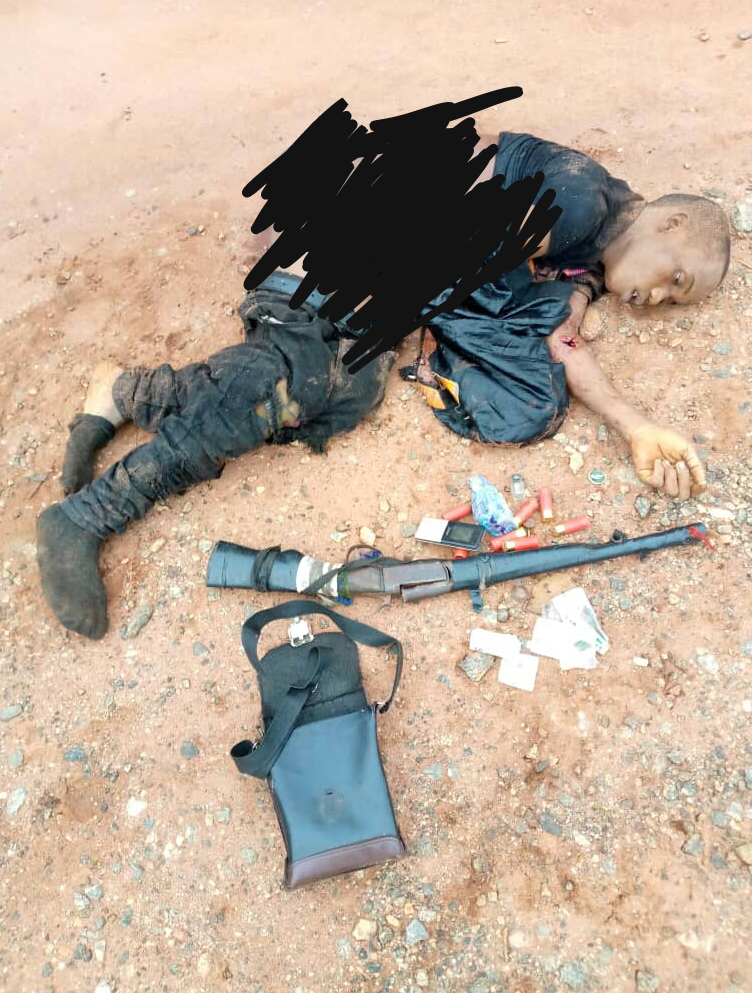