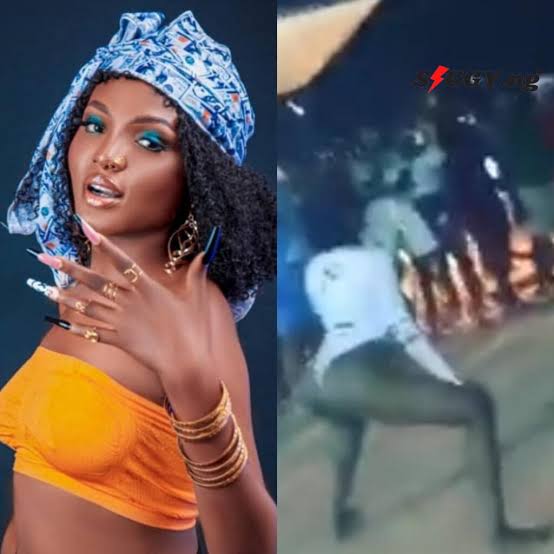 A first-year student in the Department of Medical Laboratory Science at the University of Nigeria Nsukka, Mirabel Obi, has alleged that her father lost contracts due to her twerking video that went viral five days ago.

She also alleged that she has been receiving hate speeches, harassment, and outrage from her family over the incident.

On Saturday, a video went viral involving Obi who twerked half-clad in front of Akpabio Hostel in a bid to win N30,000 in a competition, causing a stir on the internet.

Read Also They Harassed Me, Destroyed My Belongings For Twerking – UNN Student Cries Out

Two days after, the student had taken to her Instagram page to refute claims that she was expelled for her act, adding that the school authorities ransacked her belongings.

In a recent post on her Instagram story on Thursday, the student claimed that people had slut-shamed her because of the act, stating that her actions brought shame to her family.

She said, “Everyday, I just keep wondering if I committed one big crime that would warrant these hate speeches from a lot of people. Like how did my life get here?

“So had it been it was a sex tape, people would expect me to kill myself? A dance that I felt was very harmless. Is it worth it?

“The harassment, the hate speech, everybody being too judgemental, my family ranging in anger, everybody calling me a prostitute, girls slut-shaming me, my father losing contracts, the shame it’s bringing to my family and all.

This comes a day after the university’s Public Relations Officer, Okwun Omeaku, in a statement on Wednesday said the institution does not “condone acts of indecency and other morally reprehensible behaviour from our students. Our degrees and certificates are awarded only to those who have been found worthy in character and in learning.”

The release stated, however, that the management had set up a panel to investigate the circumstances surrounding the incident, adding that further action would be guided by the report of the panel.