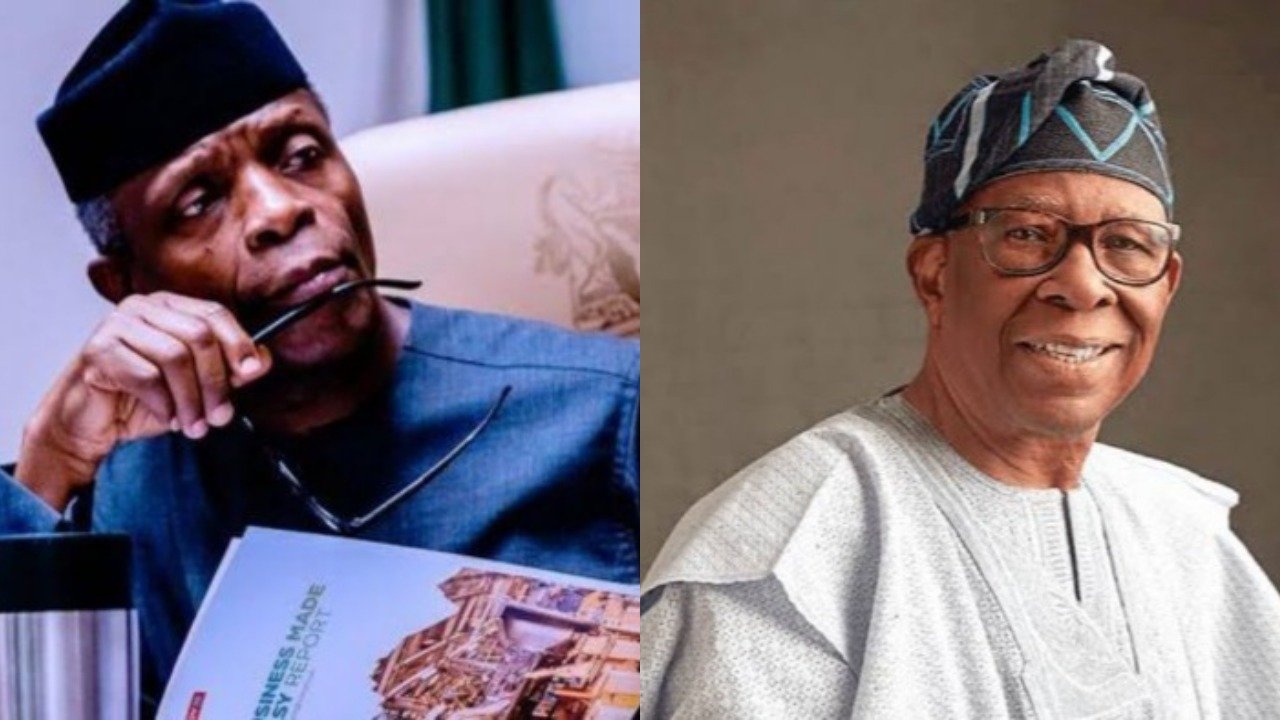 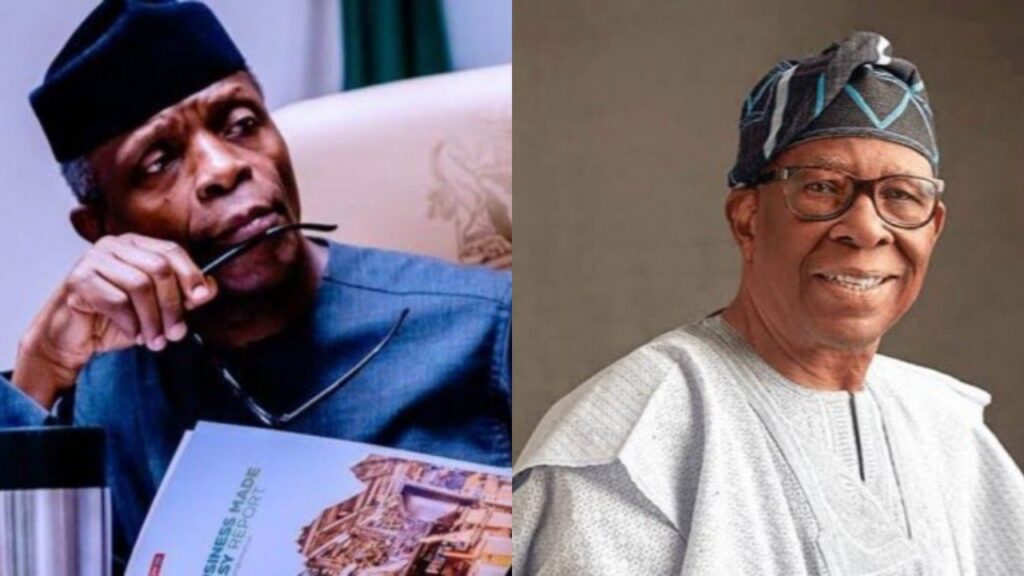 The Nigerian billionaire is the founder of Elizade Motors and Elizade University.

The land became a disaster scene after the collapse of a building under construction on Monday.

The structure subsided after the extension of the approved 15 floors to 21 overwhelmed the foundation.

The project was due for completion in 2022. Named Gerrard Terraces, it was on the market for between $1.2million and $5million per unit.

Femi Osibona, the developer and Managing Director of Fourscore Heights Limited (FHL), is among the scores of casualties.

In reaction to claims that Osinbajo acquired the land from him, Ade-Ojo explained that he only owns the property adjacent to the collapsed building.

“I did not sell any land to the Vice President at any time whatsoever”, his statement obtained by DAILY POST read.

“To be clear, I own a property next to the said building, which I have not sold and do not intend to sell to anyone.”

The rebuttal was issued the same day this newspaper reported the linking of the building to a ‘Lagos top shot in Abuja’.

The tragedy is expected to unearth revelations of how the late Osibona allegedly flouted the law with the aid of Lagos government officials. 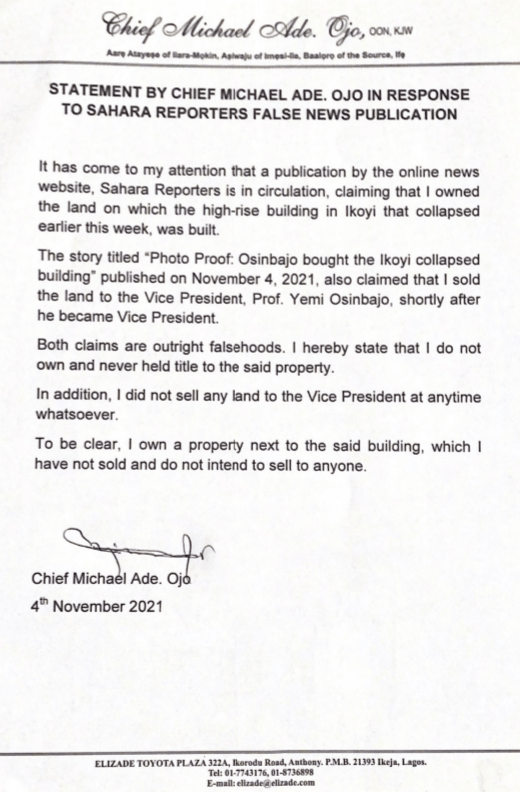