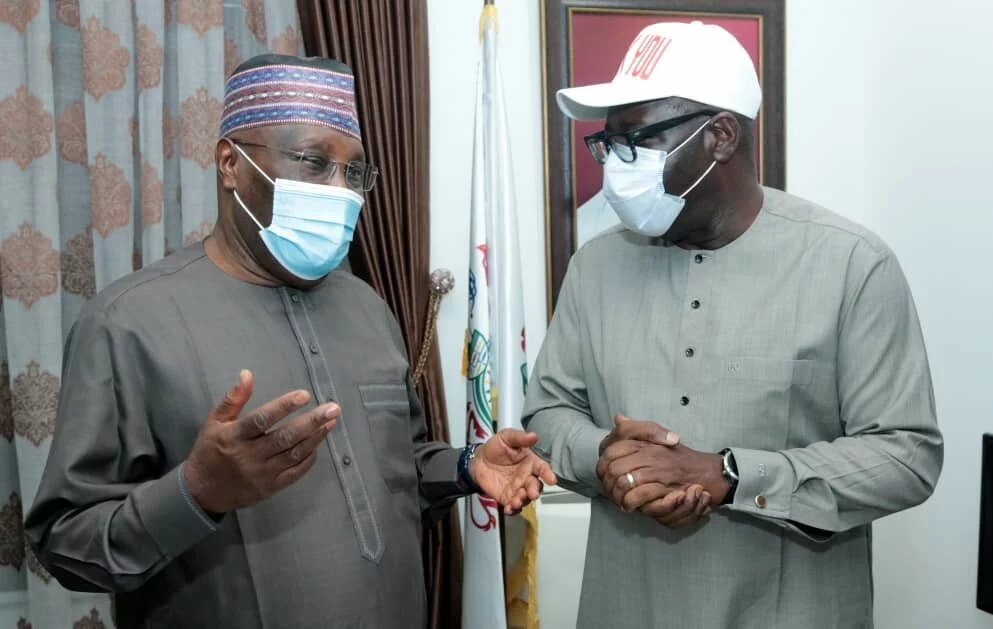 Former Vice President Atiku Abubakar was in Benin, the Edo State capital on Monday where he held discussions with the state governor, Godwin Obaseki.

Strategies on how to strengthen and reposition the party ahead of the 2023 general elections were said to have featured prominently in their discussions.

Other issues discussed include the challenges of insecurity in the country as well as matters touching on governance.

“My meeting with the governor centred on governance, current issues in the country, and how the Peoples Democratic Party could be strengthened to take over power in 2023.

“Basically, we discussed governance, the situation in the country, we discussed our party, how our party should be strengthened and to take over leadership in as many states and also the federal government,” Atiku was quoted to have said to journalists after the meeting.

Governor Obaseki was full of praises for the leadership role by Atiku in the affairs of the PDP and identified the challenges of insecurity and food as major issues that should receive government attention.

“I cannot thank you enough for the leadership that you continue to provide; the counsel you gave me during my electioneering, the private conversations, and the assistance you rendered to me when we joined the party; we had challenges, but you stepped up and threw your weight behind the resolution of the issues,” Obaseki said.

JUST IN: Secondus Reacts To Court Order Stopping Him As PDP National Chairman