See What Tiwa Savage Was Captured Doing With Davido (Video) 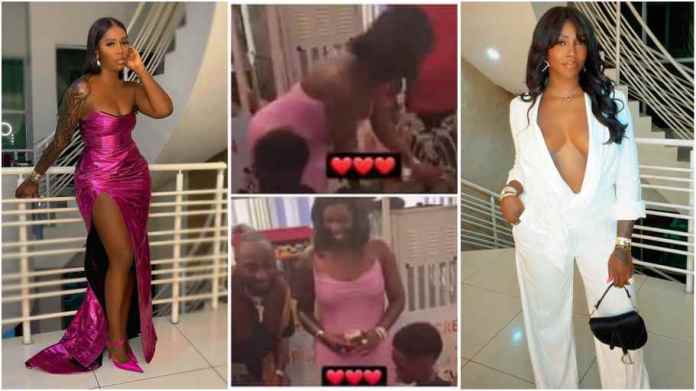 Nigerian singer, Davido threw a lavish birthday party for his son Ifeanyi and it was attended by some of his colleagues in the industry.

Ifeanyi’s jungle-themed second birthday party that held on October 23 was attended by Davido’s DMW crew and his other colleagues in the industry.

Tiwa Savage was present at the colourful event and despite the lɛakɛd tαρє that has put her in the news, she partied with her son, Jam Jam, and Davido himself.

In a video which has made the rounds on social media, Tiwa who donned a pink thin-strapped gown and stood beside Davido as they danced and hailed her son, Jam Jam who had a face off with a girl.

The little girl and Jam Jam danced to Tiwa Savage’s Koroba and she beat him hands down.

In another clip, Tiwa was spotted spraying her son and his dance partner foreign bills.