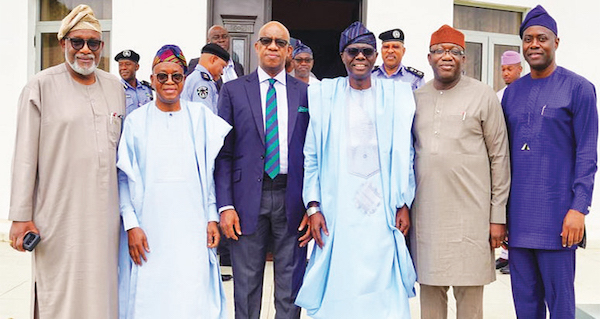 Governors of the six states in the South-West will on Tuesday meet members of the National Assembly from the region in Abuja to deliberate on the recently passed Petroleum Industry Bill (PIB) and the Electoral Act Amendment Bill.

The Senator representing Ekiti Central Senatorial District, Opeyemi Bamidele, disclosed this in a statement on Monday.

“We are directed by the Leadership of the South- West Caucus in the National Assembly to communicate the invitation of South-West Governors to an urgent meeting with Distinguished Senators and Hon. Members of the House of Representatives as follows:

Southern governors had earlier on Monday rejected some proposals in the PIB, including the allocation of 30 percent of the profit generated by the proposed Nigerian National Petroleum Company Limited for the exploration of oil in Chad Basin, Gongola Basin, Sokoto Basin, and other frontier basins in the country.

There were also reports that some senators had inserted a mysterious clause in the Electoral Act Amendment Bill in a bid to block electronic transmission of election results from the Independent National Electoral Commission (INEC) collation centres.

The Electoral Act Amendment Bill will be debated in the Senate on Tuesday.

Abduction: Atiku Reacts, Tells Buhari To Live Up To His Responsibility