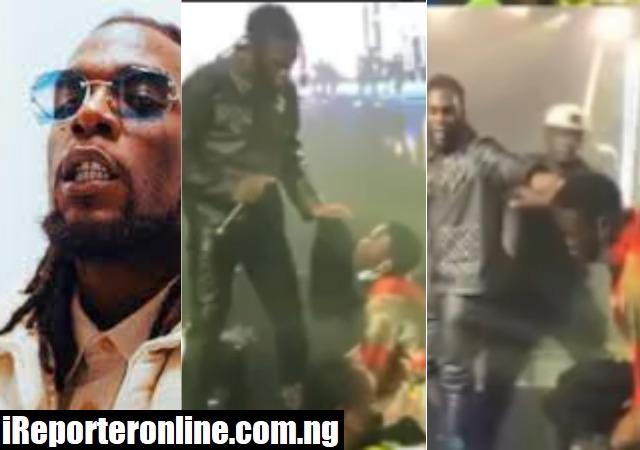 In a viral video on social media, the young man jumped on the stage, probably out of excitement, while Burna Boy was performing.

The singer, who was not having any of it, pushed him back into the crowd and continued with his performance.

This is coming after the ‘Odogwu’ crooner warned fans to think twice before jumping on stage while he is performing.

Burna Boy stated that he can’t be sure if the ‘stage jumper’ is someone he has offended in the past.

“I know say na love, the love fit enter your body you go want jump on stage and things like that. It took me a long while to get used to it because I don’t know your intention.

“I no know whether I don do you something before so I fit just enter you normally.

“But now we don dey understand say na love but please let’s try our best to not startle me too much so I don’t do something crazy.”