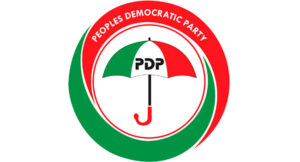 As the waiting game continues in Edo state over the political conundrum that has enveloped the ruling People’s Democratic Party, (PDP), unprintable anxiety has enveloped the party members in the Governor Godwin Obaseki and Dan Orbih’s camps, ahead of February 2023 general elections as they await the Supreme court verdict.

The party already has what it will take to kiss their hopes goodbye, reminiscent of the Zamfara state APC. The fears have been driving their local supporters to APC and Labour party. Each time the ensuing facts are tabled in public discussions, the fears of the supporters swiftly turn to anger.

Sadly, those who celebrated Governor Godwin Obaseki’s entry in the party in 2020 are now licking their wounds alleging that their leaders took bribes to bring the controversial governor into the party. But they also forgot how they became the foot soldiers in ridiculing the opposition APC for not respecting “a whole governor,” as they mocked.

Across Edo state, beer parlours have become part of the biggest beneficiaries of the crises. The discussions, permutations and shocks are often tabled along with more bottles to whittle down their frustrations.

Former Governor Adams Oshiomhole is another big beneficiary. His integrity has soared as he has been justified in recent times, such that his political enemies have begun to sing his praises. They accuse the incumbent Governor Obaseki of spending the state resources on political crises than developmental projects like his predecessor. To make matters worse, Obaseki is not also in the good books of the traditional institutions headed by the great monarch, the Oba of Benin.

As the people await the rulings of the Supreme Court, many are of the opinion that both the Governor Obaseki and Dan Orbih factions may lose out and keep PDP for another long day. According to them, Governor Obaseki was in charge of the party structure with Dr. Tony Aziegbemi as Chairman. Aziegbemi became the chairman before the Obaseki decamped to the PDP. Though he was originally of the Dan Orbih faction, he quickly switched sides when the governor waved the flag of harmonisation which threatened his office. He was responsible for the delegate lists which has become the only aces the governor has in the fight. By the power of the electoral law, the delegate congresses and lists were strictly a party affair.

The Appeal Court in July 2022, had said “the ad hoc delegates election of the Edo PDP remains part of the domestic affairs of the party for which the court cannot interfere under pre-election litigation.” But the primaries the same Governor Obaseki’s faction conducted was not monitored by INEC and so lacked legality in the face of the law. While the delegate lists favoured the governor’s camp, the primaries favoured the Dan Orbih’s camp.

A former ally of the governor and PDP chieftain announced recently that, “there is no way PDP can produce any House of representatives and senatorial candidates in the next election. Political fights are very detrimental and the collateral damages can only be imagined. I don’t know what the governor and Dan Orbih stand to gain except for their ego. Sometimes you stoop low to conquer.”
Part of the collateral damages in the fight in PDP will be the candidates from both factions for the Senate and House of representatives.

Since two wrongs cannot make a right, the Supreme Court may only be delaying the PDP swallowed joy. The greatest beneficiaries may just be APC and their candidates which include Adams Oshiomhole (Edo North Senatorial candidate), Monday Okpebholo (Edo Central) and Valentine Asuen (Edo South) with the party’s House of Representatives candidates across the state. They are likely going to be taking a bow and walk leisurely into the red and green chambers.

With other numerous intertwined legal barbwires on its way ahead of 2023 general election, it will be extremely difficult for PDP in Edo state to navigate the path of self-destruct without inflicting the Zamfara treatment on itself. But the question is, what is the fun for both Governor Obaseki and Chief Dan Orbih in all of these? What legacy does Obaseki plan to leave behind after eight years of fistful bout in APC and PDP?

2023: Why Peter Obi Could Be Impeached If Elected President – Labour Party Reps Candidate