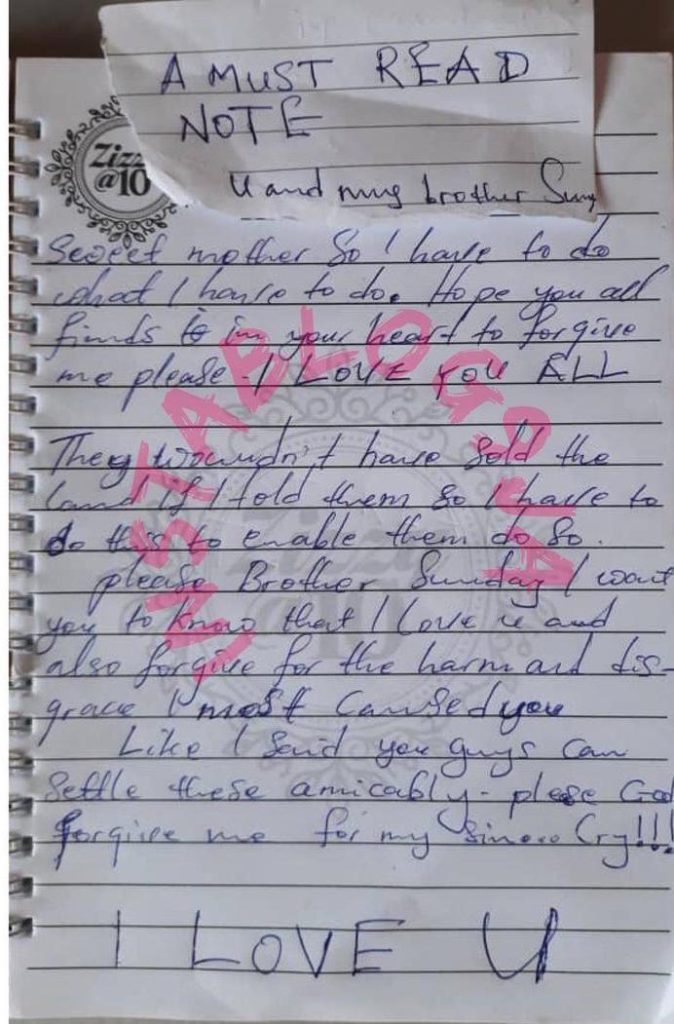 A security guard in Nigeria shocked his benefactor when he left a note to beg for forgiveness for emptying the latter’s home in his absence.

According to the victim, the thief, identified only as Steven, was a guard to a neighbour who he poached after he was laid off from his former job.

After several pleas, he said he employed Steven and put him in charge of his mansion and traveled out of the country.

However, he did not just meet Steven’s absence upon his return, but was welcomed by an empty two-bedroom apartment; sofa, television set, fridge, other electronics and even curtains all gone.

Steven left a note claiming responsibility for the theft and begged for forgiveness for biting the hand that fed him.

He ended the note with “I LOVE YOU” and asked his former boss to settle the case amicably with his [Steven’s] brother.

Seven Issues That Will Make Or Mar Nigeria By 2023 (II)