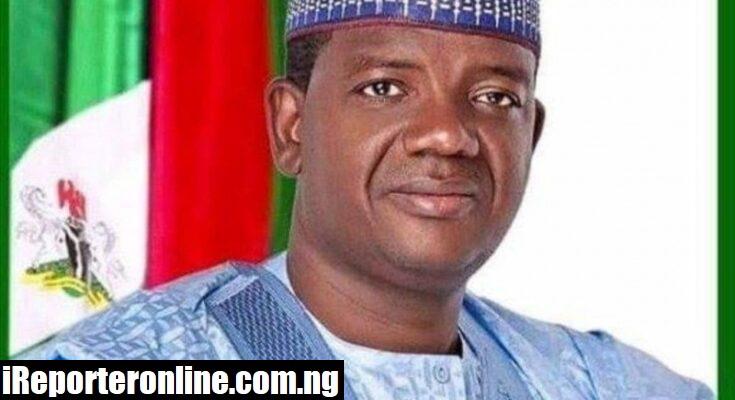 All Progressives Congress National Leader, Asiwaju Bola Tinubu, on Wednesday
formally welcomed Zamfara State Governor Bello Matawalle to the party,
commending him for not succumbing to the coercion and pressure mounted by the
Peoples Democratic Party for him to remain with it.

In a special press statement released by his Media Office, Tinubu said the move by
Governor Matawalle showed that he is dedicated to bringing good governance to his
state and move to a party founded on democratic ideals.

The Zamfara governor formally joined the APC on Tuesday at a ceremony in Gusau,
the state capital. He was received into APC by the Chairman, Caretaker Committee
of the party and Yobe State Governor Mai Buni, and several governors of the party.
Before Buni, Governors David Umahi of Ebonyi State and Ben Ayade of Cross River
had earlier defected from PDP to APC.

Tinubu said in the statement: “Along with all other All Progressives Congress
members, I heartily welcome Governor Bello Matawalle of Zamfara State into the
APC. The move by Governor Matawalle shows that he is dedicated to bringing good
governance to his state and that the best way to do this is to be a member of the
party that was founded on democratic ideals and the objective of forging a better
society for all Nigeria’s people.

“That party is the APC for it represents the best of our present and our future. The
PDP is nothing but the tainted and worst aspects of our nation’s political past. It is
right for that party to be discarded by those committed to progressive governance
and the welfare of both their state and nation.

“As did Governors David Umahi of Ebonyi State and Ben Ayade of Cross River
before him, Governor Matawalle withstood the coercion and pressure of the
regressive PDP to remain with their damaged enterprise.

Matawalle understood that
the PDP was not the way, and wisely decided to part company with those who would
pull the nation backward so that he can join hands with those who seek national
improvement.

“I encourage Governor Matawalle to now work even more closely and cooperatively
with President Muhammadu Buhari to help realize his progressive mandate and
tackle the challenges that now face us.
“The APC’s doors are open to those who want democracy to flourish. The entry of
Governors Matawalle, Umahi and Ayade into the party demonstrates that the APC
umbrella is sufficiently broad to accommodate all those with valuable ideas and
contributions to the party and our country.

“May other well-meaning people in the PDP also come to the realization that the
PDP is not the place to achieve what is good and constructive for Nigeria and may
they also change station accordingly. The nation has entered a historic moment.
Now is not the time to waste your time and effort. Come and join the APC so that we
all can work in better unison to build a better nation.”
Tinubu Media Office,
Tunde Rahman.

How Nnamdi Kanu Orchestrated Killing Of 60 Persons In 4 Months