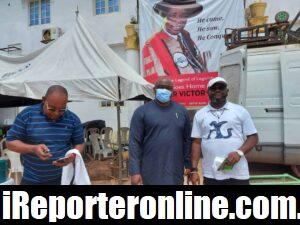 Former Edo Commissioner for Arts, Culture and Diaspora Affairs, Hon Osazee Osemwengie Ero paid glowing tribute to the late music maestro and recalled the fond memories of him during the 2019 National festival of Arts and Culture hosted by Edo state where the late Global music icon was persuaded to perform. 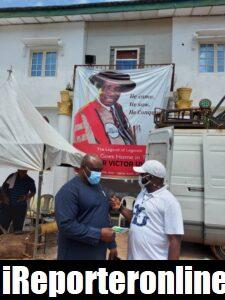 In his own remarks, multiple award-winning director and filmmaker, Okpioba Amb Lancelot Oduwa Imasuen says he can never forget the very huge impression the late Edo global entertainment ambassador made on him growing up and the feeling when he was privileged to work under him as a dancer in one of his hit video Okho Idah.

Amb Lancelot recalled the honour that was bestowed on himself and the late musical icon by the Federal Government during the 2019 National Festival of Arts and culture with the honour of recognition as Edo cultural Ambassadors having used the instrumentality of their craft in promoting the rich Edo arts and cultural music and movie making respectively. Amb Lancelot praised the late Prof for achieving the highest height in entertainment and equally doing the same in the academic field. They both prayed for the repose of his great and highly artistic soul.