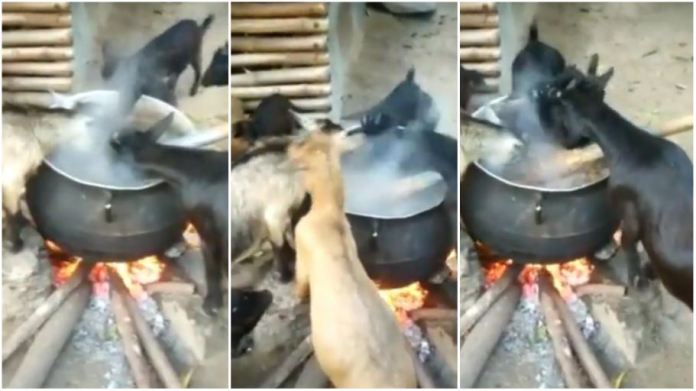 Every day or the other, amusing, weird and funny videos go viral on the internet, capturing the interest of users.

One such video that is being widely shared on social media captures goats eating food from pot on fire.

The food was still being cooked at it was seen boiling hot on fire, however, the cook was not around to see the goats as they took advantage of her absence to make hay whiles the sun shines…..

and astonishingly they did not care about getting hurt in the process as the fire was blazing under the post and one tumble from the firewood can leave severe injuries on them.

Reacting to the video, some social media users expressed shock and some stated that the goats are not normal goats but cultists in animal form.