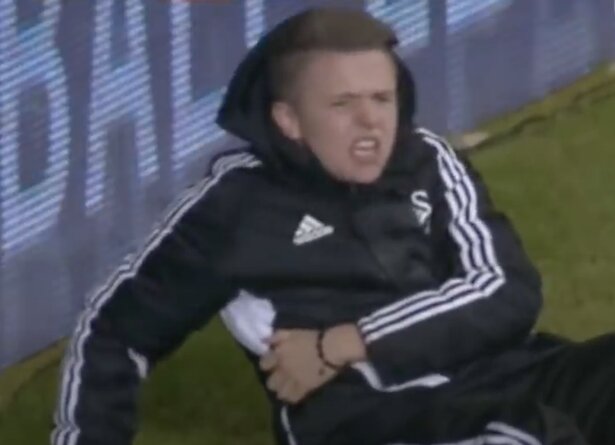 On this day nine years ago, Chelsea were about to be knocked out by Swansea City in the League Cup semi-final.

With the seconds ticking down, City supporter Charles Morgan threw his body over the ball to waste precious time, prompting Eden Hazard to kick the ball, and his ribs, from beneath him.

Morgan clutched his mid-drift in pain, and the capacity crowd at the Liberty Stadium, not to mention the Swansea players, erupted in fury.

Hazard was sent off, Swansea went on to win the League Cup, and it seemed that we would not be hearing from Morgan any time soon.

However, in the same manner he threw himself onto the ball, Morgan has thrown himself into the vodka market, and is now rubbing shoulders and, fortunately, not being punched in the ribs by Boxing legend Floyd Mayweather.

The now 26-year-old’s opportunism, strategic thinking, and competitive instinct has been channelled into the equally ruthless world of business.

When he was around 19-years-old, Morgan went on to co-found premium vodka brand ‘Au vodka’, which has even garnered the attention of Mayweather and numerous other celebrities.

“ We were 18, 19, 20 at the time and every one of our friends for their birthday would always get a bottle of the same old vodkas,” Morgan said in an interview with WalesOnline in February 2021.

Morgan may have played a small role in Swansea’s only piece of major silverware in their history, but his vodka brand is known for his eye-catching gold design.

DJ and TV presenter Charlie Sloth was the first celebrity to invest in the vodka brand, which went on to sell a staggering 1.7m bottles during the course of the Covid-19 pandemic.

Only Smirnoff managed to sell more bottles than Au Vodka during the same period, but he still went on to become one of the largest user premium vodka brands in the United Kingdom.

And part of their tremendous growth came from their stunning capture of Mayweather, whose photo shoot alongside the bottles helped grow the brand in the United States.

“We got a contact for Floyd – through a mutual friend of Frost the music producer – and we were told that Floyd absolutely loves the brand and loved the black grape flavour. We were asked whether he could have few bottles before he goes home.

“We said yeah, OK sure, and Floyd said he would post a photo on Instagram as long as we included him when we do something big in America.

“Back years ago we were asking ourselves, who would be the best ambassador we could have holding the bottle and I think our answer was Floyd, so it’s amazing how it has manifested itself.

“Seeing the brand in the hands of someone you admire is crazy.”

Au Vodka’s Instagram following has more than doubled from 104,000 followers this time last year to a whopping 219,000.

As well as the 50-0 multiple boxing champion; Ballon D’or and World Cup winner Ronaldinho has also starred in photo shoots for Au Vodka, as well as many other different music artists.

Swansea may not have lifted any silverware since Morgan’s shocking intervention against the Blues, but the savvy entrepreneur is certainly ladening his legacy and the vodka industry with gold.