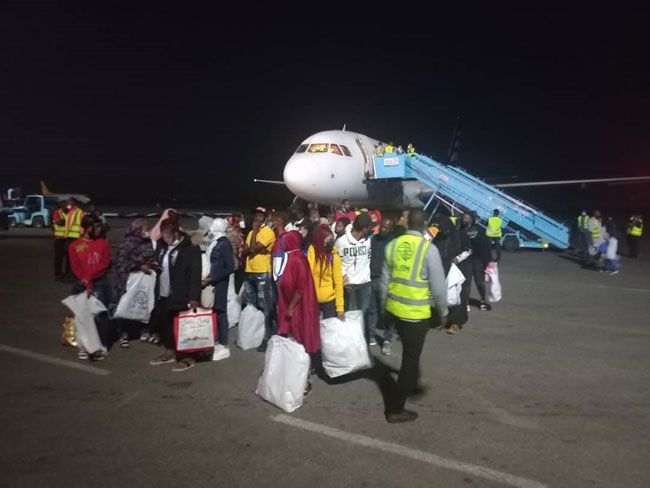 A total of 162 Nigerians stranded in Libya have been brought back to the country.

The returnees arrived at the Murtala Muhammed International Airport (MMIA) in Lagos on Wednesday morning.

Five of the returnees have various degrees of health-related issues.

Their plane was said to have taken off from Tripoli, Libya at about 22:10 pm on Tuesday and landed at the MMIA at about 2:10am on Wednesday.

They were received by officials of the Port Health Unit of the Federal Ministry of Health, National Commission for Resilience, Migration, and IDPs; Nigerian Immigration Services, and National Emergency Management Agency (NEMA).

The returnees were brought back to the country by the International Organisation for Migration (IOM) through the voluntary repatriation programme.

This programme is for people who left Nigeria to seek greener pasture in European countries but cannot afford to return when their journey becomes frustrated.

Since 2017, the IOM has assisted over 22,000 distressed Nigerians back to the country, according to authorities.

The arrival of the returnees is captured in the photos below: