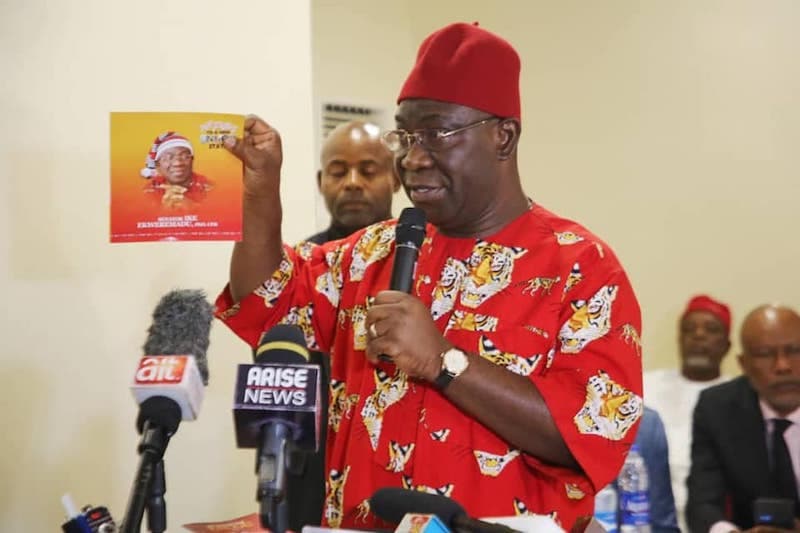 The Federal Government has engaged some lawyers to defend Ike Ekweremadu, former Deputy Senate President, and his wife Beatrice.

Senate President Ahmad Lawan disclosed this after a closed-door session of the chamber on Wednesday adding that a delegation of the Chamber would on July 1 visit the Ekweremadus in London.

They were last week arrested and arraigned at Uxbridge Magistrates Court in London over allegations of organ harvesting.

The Court had ruled that the former Deputy Senate President and his wife be remanded in custody till July 7, 2022, which is the next adjournment date.

According to Lawan, the visit would be undertaken by the Senate Committee on Foreign Affairs chaired by Senator Adamu Bulkachuwa.

He disclosed that the senate would engage the Ministry of Foreign Affairs and Nigerian High Commission in London on the matter.

“I had a personal engagement with our Nigerian High Commissioner to Britain, Alhaji Isola Sarafa, who has done so well to establish contact with our colleague, who has been able to get his team to be in the court at Uxbridge where Ekweremadu was taken to.

“The high Commission has also been able to provide some consular services that include the engagement of some lawyers who will defend our colleague.

“We commend them for giving attention to the issue at stake. Equally, the Nigeria Foreign Affairs Minister has been engaged here, so that the Ministry of Foreign Affairs takes steps to provide diplomatic support for our colleague.

“Because this issue is already in court, we have limited opportunity to discuss beyond what we have done so far. But I want to assure the family of our colleague, Senator Ike Ekweremadu and Nigerians, that the Senate will continue to engage with our ministry of foreign affairs as well as our high commission in London,” the Senate President said.