The Community Court of Justice of the Economic Community of West African States has adjourned judgement of all the consolidated four cases brought before it by different applicants against the Federal Republic of Nigeria over the ban of the microblogging platform, Twitter in Nigeria. 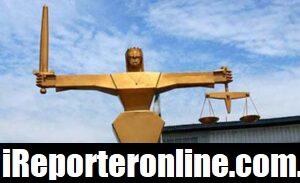 In a virtual court sitting held via Zoom on 29th September 2021, the ECOWAS Court in the hearing of the consolidated cases marked as ECW/CCJ/APP/23/21, ECW/CCJ/APP/29/21, ECW/CCJ/APP/24/21, and ECW/CCJ/APP/26/21 heard all applications of parties and the amicus curea then adjourn for judgement to 20th January 2022.

These cases were filed by the Socio-Economic Rights and Accountability Project and 196 others, Media Rights Agency and 8 others, Malcolm Omirhobo, and Patrick Elohor respectively.

In the different submissions before the Ecowas court Ihensekhien Samuel Jnr, who is the counsel for Patrick Eholor, as Patrick Eholor also double as the global president of one love foundation, noted and admonish the court, that contrary to varying sections of different Africa charter, Ecowas charter and protocols on rights to information, technology, expressions and communication, of which the defendant, which is the Federal Government of Nigeria is a party to, that FG of Nigeria actually in bad fate, suspended the operations of Twitter incorporated in Nigeria, without adducing legitimate and legal reasons, as the jurisprudence of right to communication, may not be totally absolute in circumstances, but it prevails and supersedes whatever reasons, the Nigeria state may have and would have given to suspend the rights of Nigerians to usage of Twitter. Ihensekhien Samuel Jnr also argued that usage of Twitter in Nigeria, is essentially a further expression of freedom to information and communication, and suspension of Twitter by the FG of Nigeria is draconian, illegal, unconstitutional and smacks of breach of basic rights of all Nigerians. He also referred the court to the decision of Arthur Nwankwo vs the state. Wherein the local courts of Nigeria, being the defendant in this case actually deprecated and nullify the outdated sections of the penal code act, that bothers on sedition, where the Nigerian or the defendants counsel is hinging as a ground to further criminalise usage of Twitter.

As that by this aforementioned court decision above and the case of Chike obi vs DPP, the law of sedition in Nigeria is dead and no longer exist, and lastly, he urged the court to grant monetary claims in millions of dollars to all applicants in this case and all Nigeria citizens for breach vide suspension of Twitter by the Federal Government of Nigeria. The other counsels also argued their case respectively and amicus curea adopted their respective briefs and the court adjourned to 20th January 2022 for judgement.

Just In : Justice For Bob Crusade Movement Vows To Continue Dragging Oba Maduabuchi SAN Before the Court of Public Opinion