A dubious woman has been busted after making her son pose as a cripple in a wheelchair, to beg at vantage points. 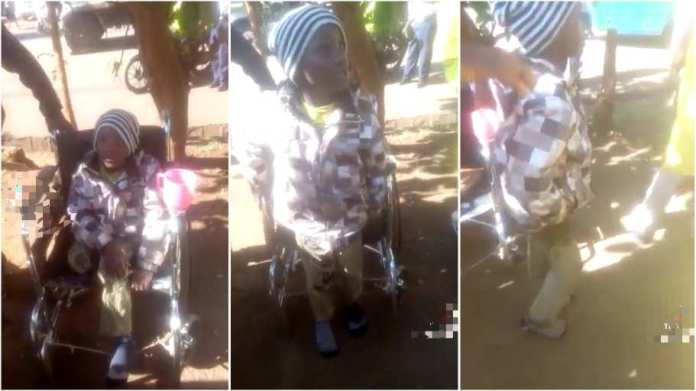 After some members of the public got wind of the woman’s dubious activities, they confronted her and her child.

They discovered that he was being used by his mother to fool passers-by and in the process, obtain money from well-meaning people from all walks of life.

The boy was removed from the wheelchair and instructed to walk, thus confirming the rumours that he was physically fit.