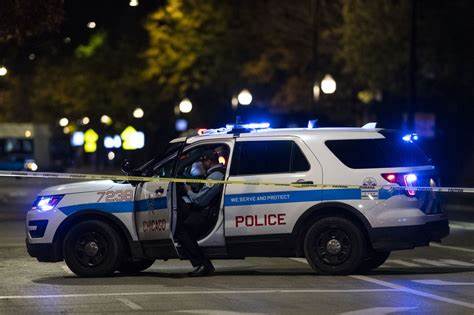 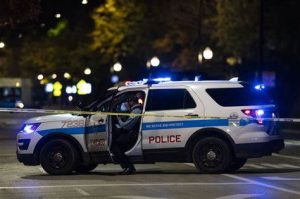 At least six people died and 24 were wounded in a shooting at a Fourth of July parade in the Chicago suburb of Highland Park, and officers are searching for the shooter, who likely fired on the festivities from a rooftop, police said Monday.

Highland Park Police Commander Chris O’Neill, the incident commander on scene, urged people to shelter in place as authorities search for the gunman.

“This morning at 10:14, our community was terrorized by an act of violence that has shaken us to our core,” Mayor Nancy Rotering said at the news conference. “Our hearts go out to the families of the victims at this devastating time. On a day that we came together to celebrate community and freedom, we are instead mourning the tragic loss of life and struggling with the terror that was brought upon us.”

Hundreds of parade-goers — some visibly bloodied — fled the parade route after shots rang out, leaving their belongings behind.

As of early afternoon, signs of a joyous event suddenly turned to horror filled both sides of Central Street, where the shooting occurred. Dozens of baby carriages, some bearing American flags, abandoned children’s bikes, a helmet bedecked with images of Cinderella were left behind in their haste. Blankets, lawn chairs, coffees and water bottles were knocked over as people fled.