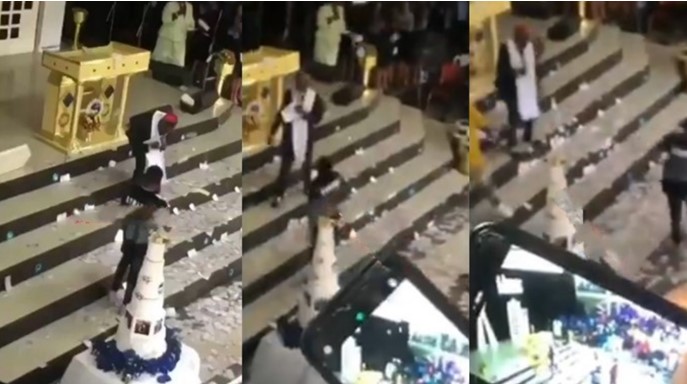 A video making rounds on social media show the moment some young men believed to be members of a church in Sapele, Delta state were making money rain during service.

The members stormed the pulpit and were spraying money endlessly while the pastor danced as though he were under the anointing.

The church then started singing the infamous club song, Dorime as the members continued spaying the money to the excitement of the pastor.

See Video And Reactions Below;

Reacting, @tpisafreeman wrote; Dem even play dorime for pastor. E remain make liquor flow in. This is a Club

@Akewusolaf; I need the location of the church pls. I want to sweep the ground for God

@RHAY_bhoss; Is this church or club

Tension As Transport Worker Dies During Fight Over N500 Bet