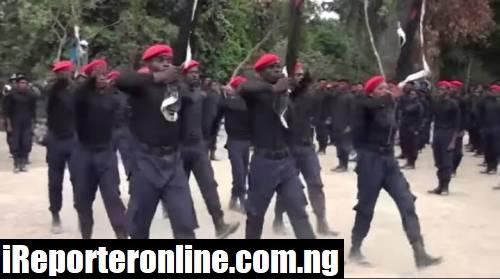 The Eastern Security Network, ESN, a security wing of the Southeast Secessionist group, Indigenous People of Biafra, IPOB, has allegedly killed their native doctor, Paschal Okeke from Umudim-Ukwu Orji, Awomama in Oru East Local Government Area of Imo State over failure of charm he prepared to protect them against police bullet.

The development was disclosed in a statement on Saturday by the media adviser to the Imo State Commissioner of Police, Mike Abattam.

According to the statement, the ESN shot the juju priest severally, beheaded him before setting the corpse and the man’s house on fire.

The angry fighters alleged that the native doctor prepared an impotent charm for them which according to them, led to the death of several members during the gun battle against security operative in the state.

“The remnants of IPOB /ESN terror groups turned the gun on their juju priest, one Paschal Okeke of Umudim Ukwu Orji Awomama in Oru East LGA of Imo State.

“They shot him, decimated his remains, excised the head and burnt the body and his house for the futile efficacy of the charms he had given the group over time and the colossal failure to protect them from police bullets”, part of the statement read.

SHOCKING: City In Nigeria Where Snakes Comes Face To Face With Residents