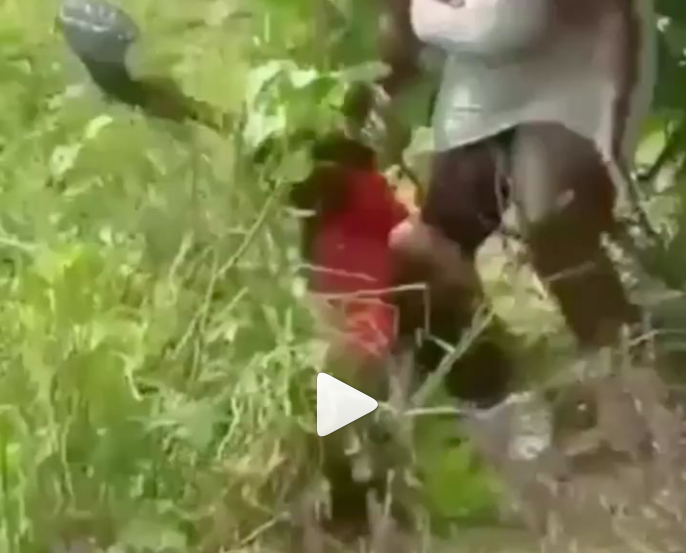 Many marriages are consummated based on love and trust and the parties to it are expected to hold these values till death do them part. However, many things in the society has shown that these married couples are not always faithful to their partners.

In Ghana for instance, it is common to hear of the term ‘side chics’, which is used for unmarried ladies dating married men perhaps for love or monetary gains.

The person usually on the receiving end of these secret relationships is the wife or husband who is being cheated on.

These days, however, wives have decided to take things into their own hands.

A cheating husband cursed the day he was born after he was busted by his wife at his side-chick’s house, busy dismantling the honey pot.

Just like a typical ‘Fisi’, the man probably lied to his wife that he was busy hustling for their kids, not knowing that she was tracking his moves.

The plus size woman, who was breathing fire like a wounded tiger, caught her husband red handed at his sidechick’s house and caused massive drama.

She wrestled him to the ground like a toddler and gave him a serious beating.

The poor man was heard pleading for mercy but his wife continued beating him like a dog , as neighbours watched the dramatic scene that looks like cantata .