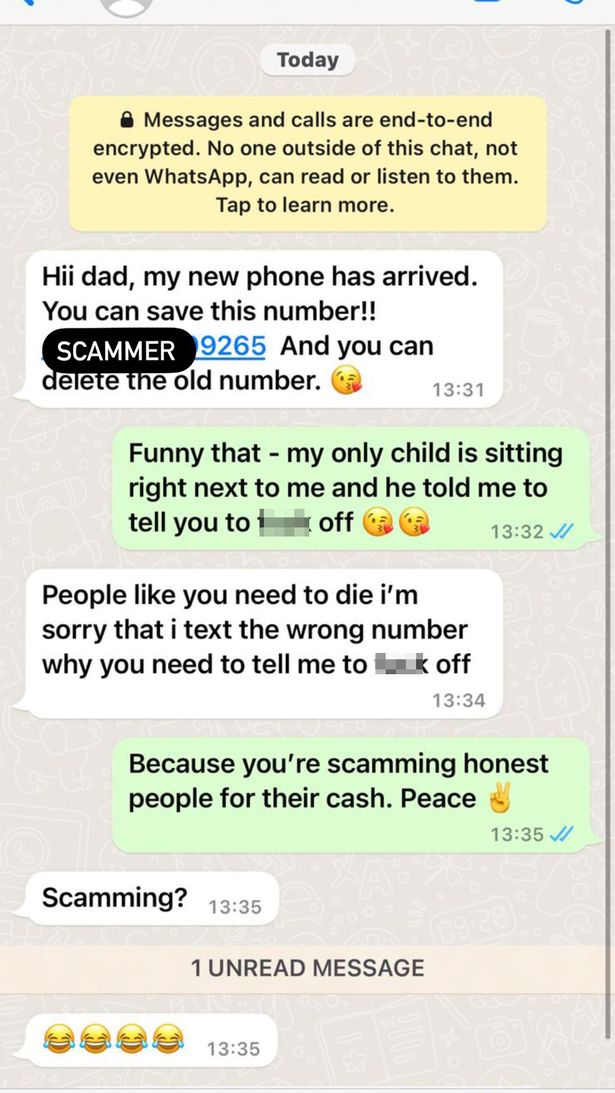 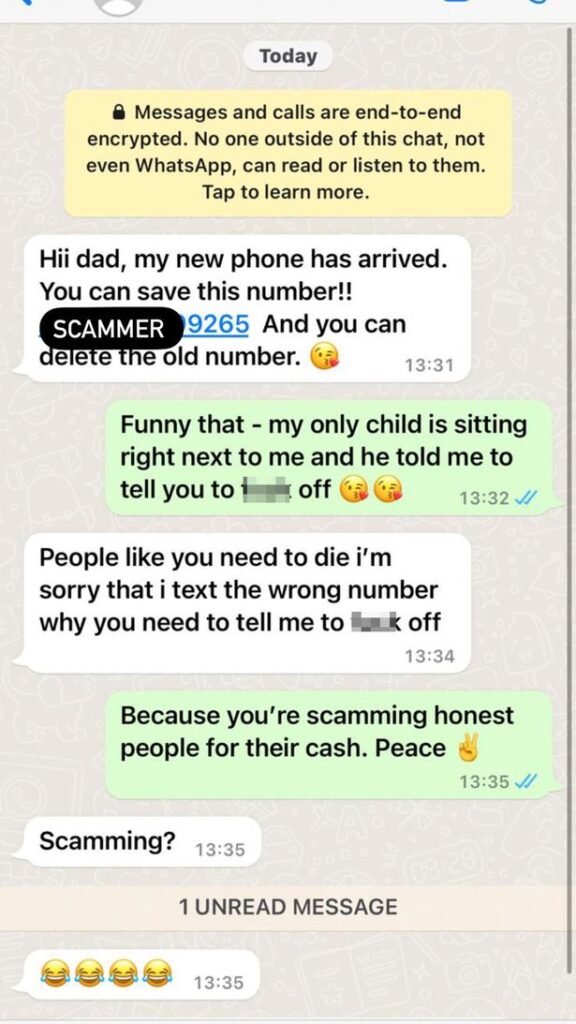 Ever since COVID-19 reared its head, there’s been another quiet pandemic underway: a wave of WhatsApp scams, hacks and fraud schemes that has seen thousands of Brits cheated out of their hard-earned cash.

One of the main WhatsApp scams around right now sees fraudsters impersonate people’s children and text the parents pretending to have got a new number.

They then come up with a fake emergency scenario and ask the parents to transfer them some quick cash.

It can sometimes be weeks before the victims realise that the person they’ve sent money to isn’t their kid, at which point they’ve lost thousands of pounds and the criminals are long gone.

However, despite the best efforts of scammers, people are starting to grow wise to their methods, as one interaction between a Scottish dad and a would-be scammer shows.

According to former journalist Greg Flucker, his dad was approached by a scammer on WhatsApp pretending to be Greg.

“Hi dad, my new phone has arrived. You can save this number!! […] And you can delete the old number,” the scammer wrote.

There was just one problem: Greg was sat right next to his dad at the time.

“Funny that – my only child is sitting right next to me and he told me to tell you to f**k off,” Greg’s dad said.

The scammer was clearly triggered, and responded aggressively: “People like you need to die i’m sorry that i text the wrong number why you need to tell me to f**k off”

Greg later said: “Horrible people! They don’t like a taste of their own medicine clearly.”

It was a lucky escape for Greg’s dad, as this year some parents have lost thousands of pounds to criminals preying on their instincts.

In some cases, Brits are losing as much as £50,000 to the scams, which are growing in scale and sophistication.

Mum Praises Her 12-Year-Old Son For Swearing At An Elderly Woman, See What Happened