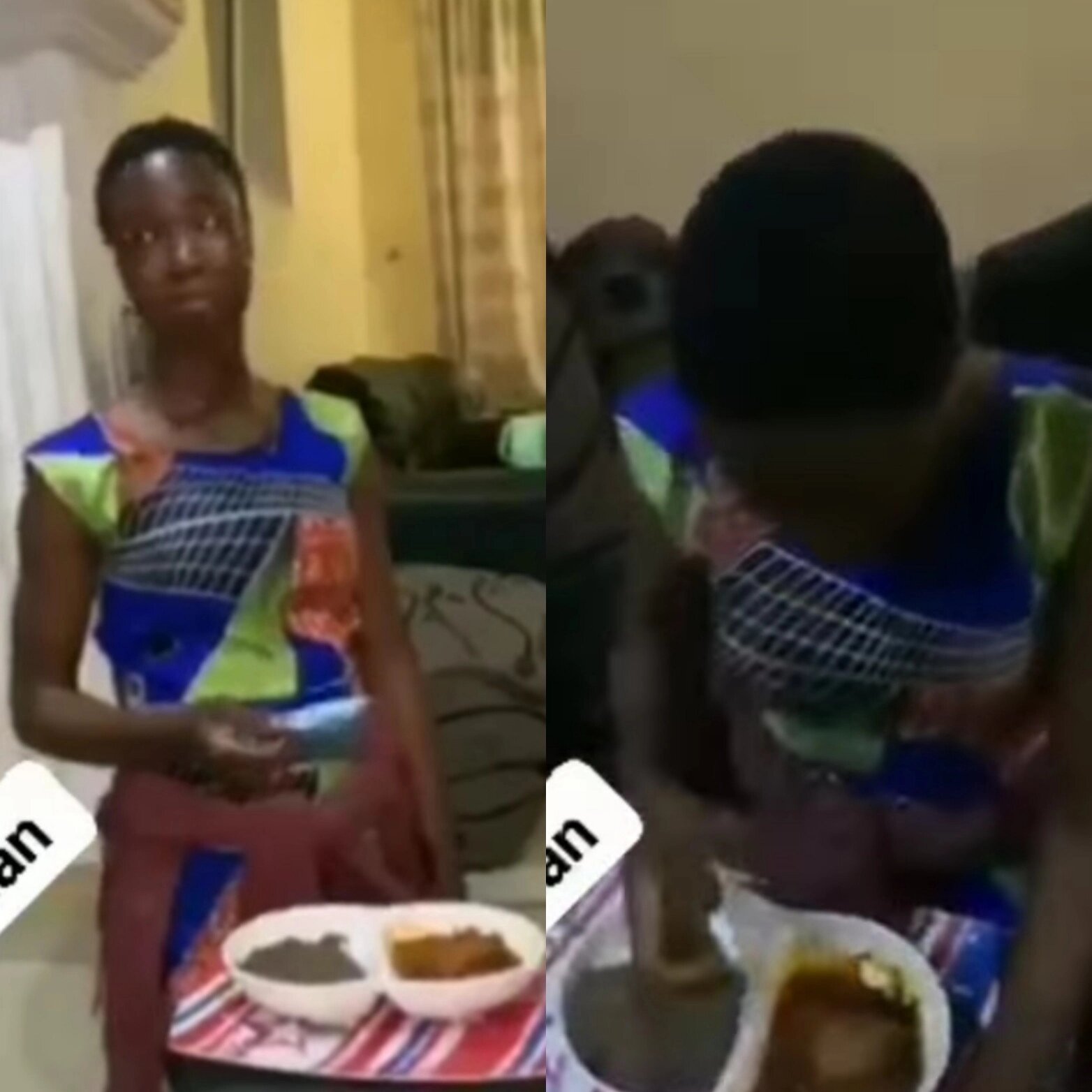 An 18-year-old house help has been accused of poisoning her boss’ food in Ibadan.

In a viral video, the boss is heard confronting the maid, accusing her of putting a substance in his meal. 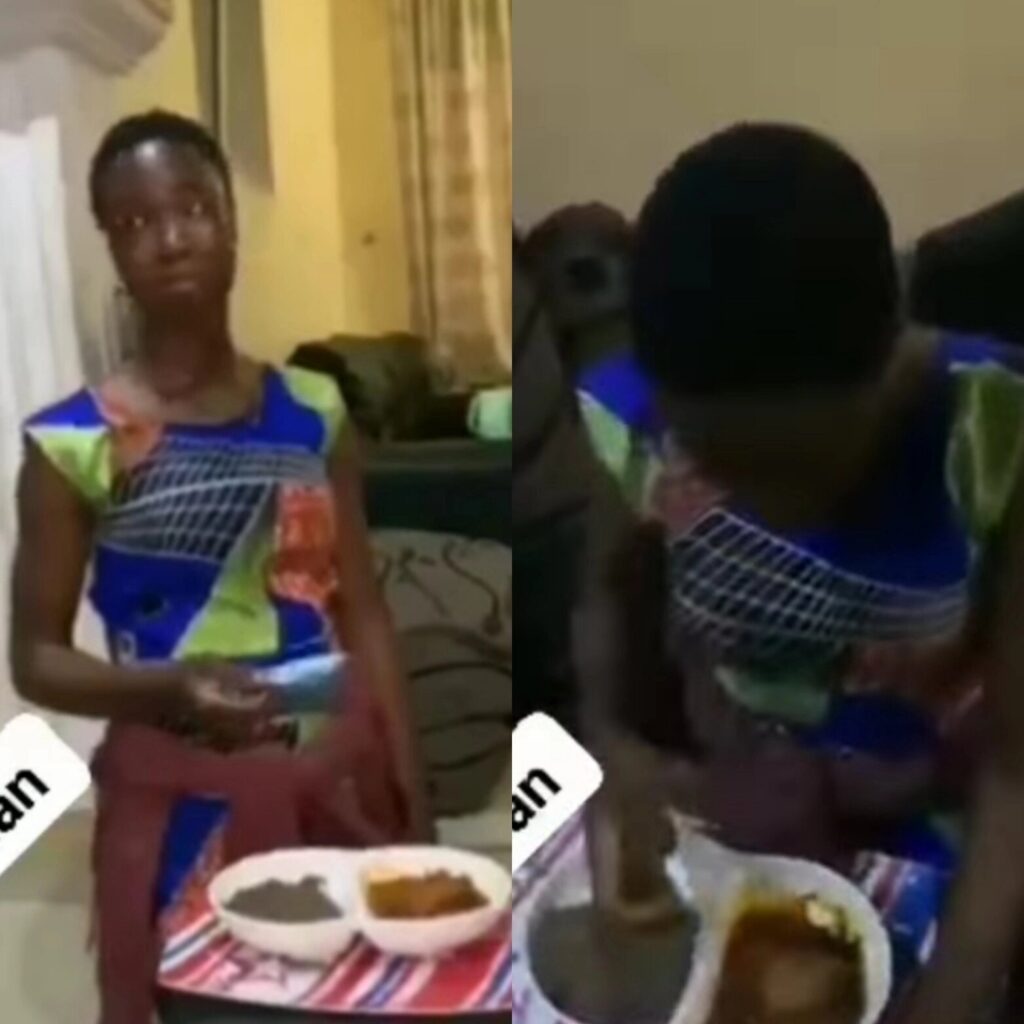 It is not clear what led the boss to suspect the maid had put something in his food but he’s heard insisting the maid must eat the amala and soup reserved for him.

The maid was reluctant to eat the food, claiming the soup doesn’t taste good.

The boss then accused her of poisoning the food but the teen swore with God’s name that she didn’t poison the food.

The maid, said to have been employed recently by the family, was then threatened with the police.

The boss asked that her belongings be searched and they found a pack of Hypo bleach.

When asked what the bleach was for, she broke down and blamed the devil.