A Germany based Edo citizen, Mr Matthew Omoregie has dragged the Edo State commissioner of police and OC medical, CSP Magaret Oyahiri before the court of public opinion over an attempt to avert justice and aid the defamation of his character.

According to the pained Mr Matthew Omoregie, the commissioner of police is acting strange as regards a case before him pertaining to the alleged paternity of a child.

His pain and frustration is the inability of the commissioner of police to furnish him with the result of a DNA conducted at the police clinic to vindicate him over a scandalous accusation that he fathered a child 29 years ago to one Blessing Ekos in Benin City. 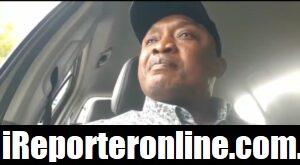 The genesis of the story.

A while ago a lady by the name of Blessing Ekos took to her social media handles and YouTube platform to cast aspersions on the personality of Mr Matthew Omoregie calling him a rapist and the father of his grown-up daughter by the name Cynthia. She made disparaging and malicious statements that Mr Omoregie fathered a child with her and dumped her. She claims, the man has refused to accept the child as his.

With the weight of the spiteful and wicked allegations made against Mr Mathhew Omoregie, his immediate family made up of his wife and child in Germany were traumatised and emotionally brutalized, they demanded justice against the claims and asked for a detailed investigation to unravel the truth behind the false allegations.

Mr Matthew Omoregie’s side of the story.

Mr Omoregie admitted knowing and dating the said Blessing Ekos 30 years ago, according to him they separated because of her promiscuous nature and decided to go their separate ways. A few weeks later Blessing Ekos started making the rounds that Mr Omoregie was responsible for her pregnancy after several other men denied the pregnancy.

Back in those days which was analogue, there was no medical way to test the veracity of her claims, so the family of both parties involved met and decided they should swear to an oath to prove her allegations.

The mother of Blessing however refused her to swear an oath saying that she never trusted her daughter as her promiscuous nature was never in doubt even to her mother. That was how they laid the matter to rest.

Unfortunately about thirty years later after the said Blessing Ekos discovered the flourishing state of Mr Matthew  Omoregie decided to stalk him and force him into accepting Cynthia as his daughter for financial gains. She kept on putting pressure on Mr Omoregie, threatening him with cult boys and an attack on his interest at home.

After a lot of pressure without yielding any result, she retorted to a coordinated attack of blackmail on his personality targeting his family in Germany, Nigeria and finally his workstation.

To put an end to the continuous slander Mr Omoregie decided to act legally to nip the ugly situation in the bud, he petitioned the said Blessing and finally effected her arrest when she absconded. Mr Omoregie who had already taken a short break from his work station in Germany flew to Nigeria to meet with the police authorities to see to an end to the scandalous event.

At the Commissioner of Police office in Benin City, the CP, Mr Philip Aliyu Ogbadu frowned at the malicious moves of blackmail against Mr Omoregie and called both parties to opt for a DNA test to put an end to the embarrassing situation.

They were directed to the police clinic to conduct the test with a sum of 300 thousand naira for the DNA to be paid by Mr Mathhew Omoregie. At an enlarged meeting with all parties including the lawyers from both ends and the OC medical, CSP Magaret Oyahiri the result was read publicly which vindicated Mr Mathew Omoregie as having no relationship with the said daughter of Blessing Ekos, by name Cynthia.

Since two months after the DNA  vindicated Mr Matthew Omoregie, the commissioner of police, CP Philip Ogbadu and the OC Medical, CSP Magaret Oyahiri have refused to release the DNA result which was paid for by Mr Omoregie.

After overstretching his stay in Nigeria, Mr Matthew Omoregie had to fly back to Germany to avoid the termination of his work. Unfortunately, two months after the incident, the Commissioner of Police has refused to release the results to him.

Mr Omoregie before he departed for Germany gave his younger brother the Power of Attorney to act on his behalf and collect the results of the DNA from the CP.

But to the amazement of Mr Omoregie, the police authorities claim they destroyed the result which in this case is a subversion of justice as the results belong to Mr Omoregie which he urgently needs to save his marriage and family and also to justify his overstay from his work station.

Mr Omoregie is crying for help from Edo citizens and the general public as this nonchalant attitude by the police authorities is capable of making him lose his family in Germany and also his work.

This is a call for help to save Mr Omoregie’s marriage and his work.

See the viral video below.