JUST IN: Another Prominent Nigerian Dies 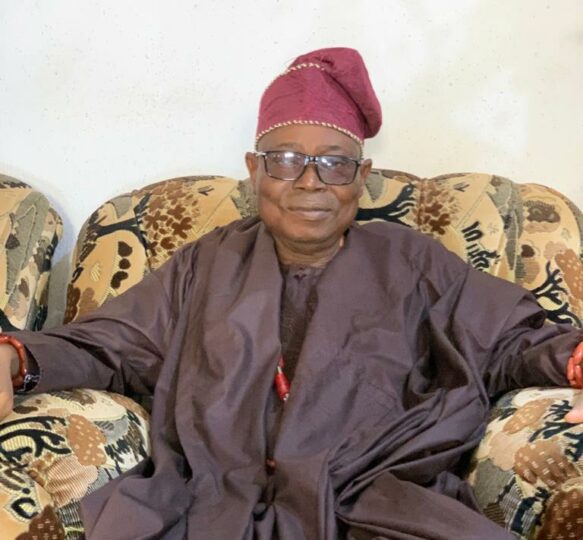 Adebayo died in a Lagos hospital on Thursday at the age of 66 during a brief illness.

Retired Maj.-Gen. Lasisi Abidoye, a close friend of Adebayo, also the President of Omu-Aran Development Association (ODA), confirmed this in a statement on Friday in Omu-Aran, Irepodun Local Government Area of Kwara.

Adebayo, until his death, was the Eesa of Omu-Aran, second-in-command to the traditional ruler of the community, which is equivalent to the position of Prime Minister of Omu-Aran.

He was Executive Director in charge of Marketing, one time Head of Lagos Operations, former Acting Managing Director of NAN, and a Commissioner for Information, Youth, Sports and Culture, Kwara State (1999).

Abidoye described Adebayo as “a fine journalist and a community leader par excellence, who will be greatly missed.

He added that “Chief Eesa was a promoter of peace and unbiased community leader. He was an epitome of a good leader, an honest and God-fearing fellow.”

Adebayo began his journalism career with the Nigerian Herald Newspapers in Ilorin in 1974.

He served the organization as a Proof Reader, Reporter, Senior Reporter, and City Editor in Ilorin, Kaduna, and Akure till August 1980, when he joined the News Agency of Nigeria (NAN) as a Correspondent.

Operations and later Acting Managing Director before his retirement in August 2015, after 35 years in service.

In the course of his journalism career, he visited many international media organisations in the U.S, UK, France, Germany, Saudi Arabia, Cairo, Zimbabwe, India, Malaysia, Indonesia and South Africa before his installation as the Eesa of Omu-Aran on May 11, 2018.

He was a two-term President of the Omu-Aran Social Club in the 80s.

Adebayo had also served as Secretary-General and Director of Socials and Publicity of the Club.

He is survived by his wife, Alice Ifedun (nee Adeleye), and blessed with children and grandchildren.

Things Are Not Normal In Nigeria – Presidency Finally Admits (Details)

Buhari Govt To Send Herbalists To China For Training (Details)