Social Media giant, Twitter has deleted a tweet by a self-acclaimed disciple of Nnamdi Kanu and ranking member of the Indigenous People of Biafra, IPOB, Simon Ekpa.

On Wednesday, Ekpa made headlines after he tweeted that Lagos APC chieftain, Joe Igbokwe should get ready to die.

“Joe Igbokwe get ready to die because Mazi Nnamdi Kanu will finally see the light at the end of the tunnel.

“Tongue is powerful, his friends and families should take note and don’t accuse innocent people when nature takes its stand. He should’ve done spiritual consultation first.”

Igbokwe, who is an aide to Governor Babajide Sanwo-Olu, is known for opposing the position of IPOB and Kanu.

The micro-blogging platform deleted the tweet for violating its rules. 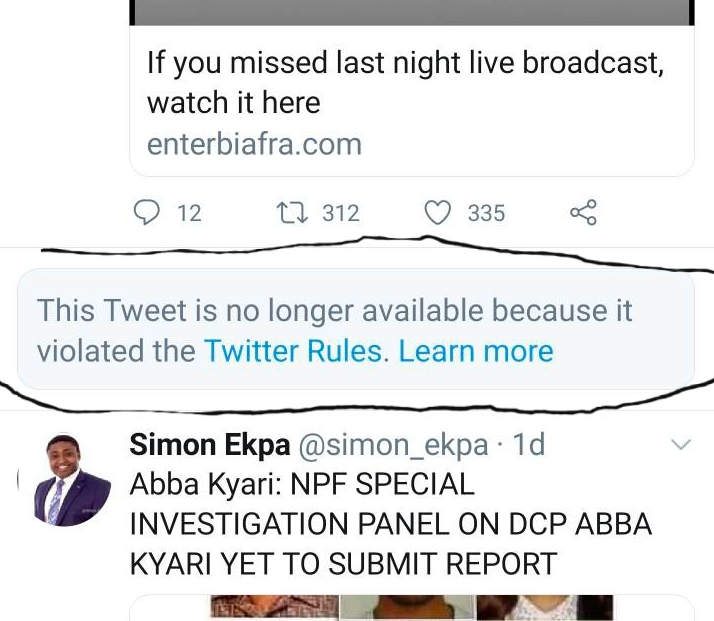 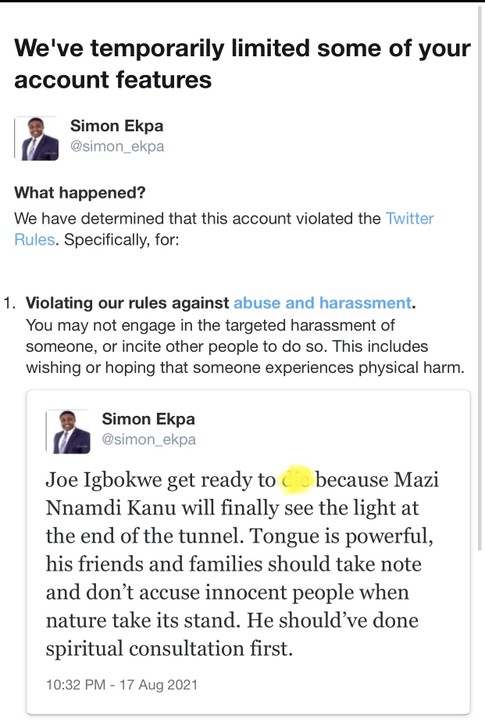