Edo State Governor, Mr. Godwin Obaseki, has launched a vigilante network for the Edo Central Senatorial District, known as Atanakpa, as part of measures to boost security in the state and ensure protection of lives and property of citizens. 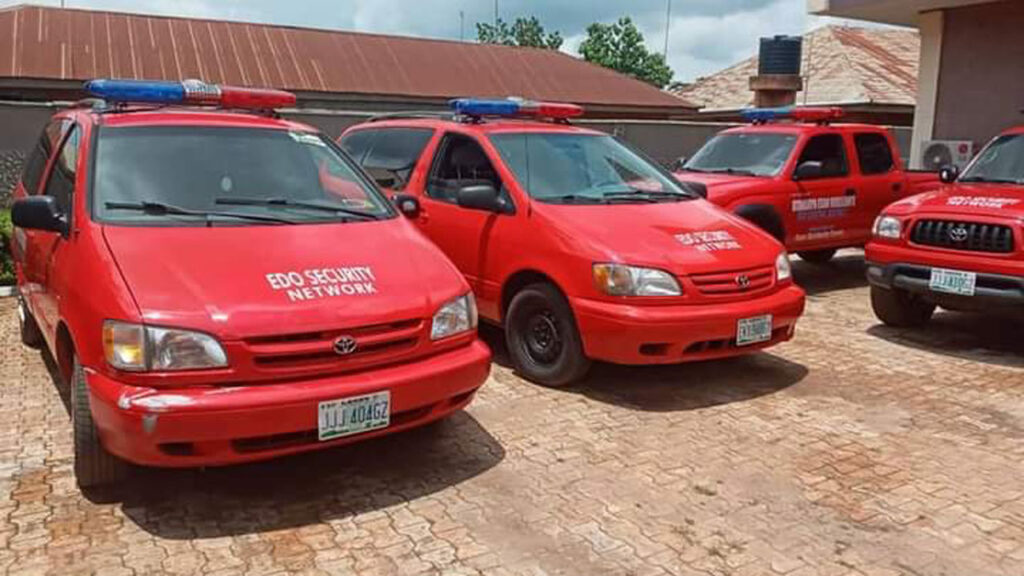 Representative of the governor and Coordinator, Edo State Vigilante Network, Mr. Yusuf Haruna, who spoke at the launch in Uromi, extolled members of Esan Solidarity Forum for complementing efforts of the government in driving community-led security network to ensure adequate security across Edo.

Read Also Revealed: What Atiku Discussed With Obaseki During His Visit In Benin

Obaseki said: “We thank our illustrious sons and daughters, both at home and abroad, who have put resources together to support the government.”

Also, representative of the chairman, Board of Trustees, Esan Solidarity Forum, Air Commodore Patrick Udabor (Rtd.), said the launch of the local security outfit, “is a new dawn for the people of Esan.”

Edo State Commissioner of Police, who was represented by the Area Commander, Otabor Festus, said he was delighted with the launching of the local security network.

On their part, members of the local organising committee, expressed appreciation to the governor for supporting the initiative and extolled the team spirit of members of Esan Solidarity Forum.