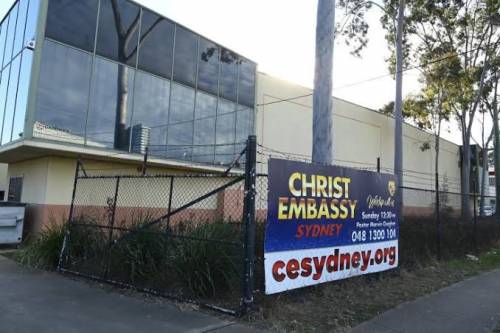 A Christ Embassy Pastor in Sydney, Australia, Marvin Osaghae, has been fined alongside with 30 of his church members.

They were fined the sum of $35,000 for holding a church service which was against Covid-19 restrictions.

Australian police officers were reportedly called by neighbours who were tired of the service in Chris Oyakhilome’s Christ Embassy Church in Sydney as members gathered for service during the Covid-19 lockdown.

Thirty attendees were arrested and eventually fined $1,000 each while the church was fined a sum of $5,000 and the police shut the church when they arrived.

Pastor Marvin Osaghae was also seen in the footage of his sermon online, asking followers to pray for the New South Wales (NSW) government.

He said: “We pray for NSW government, we declare that the wisdom of God is granted.

Read Also Revealed: What Atiku Discussed With Obaseki During His Visit In Benin

“We declare that lockdowns are over in the cities of NSW, in the name of Jesus.”

Premier Gladys Berejiklian called the gathering a blatant contradiction of rules that keep people out of hospital.

NSW Police Deputy Commissioner Gary Worboys said he hoped followers would reflect on the risk they’d exposed themselves and their children to.

“I would hope that that would be the last time that we see this kind of activity from this group of people.”

This isn’t the first time Christ Embassy will be fined internationally for breaking Covid-19 lockdown rules.

In April this year, Pastor Chris Oyakhilome’s TV channel, LoveWorld, was fined £125,000 for breaching the UK’s broadcasting code by spreading misinformation about COVID-19.

Obaseki Does It Again (Details)

2023: Osinbajo Reacts To Calls For Him To Succeed Buhari