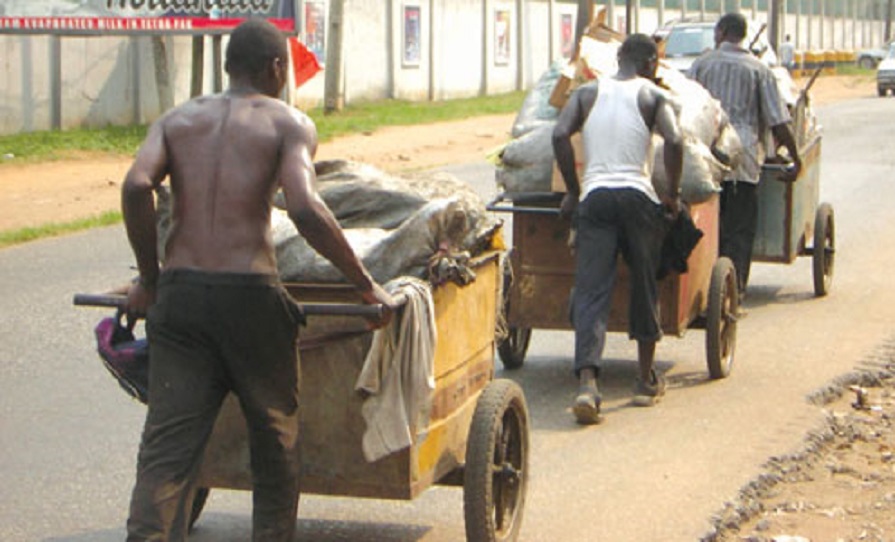 A heated altercation, which led to an altercation between two wheelbarrow pushers, has led to the death of the two men in Aba on Tuesday.

Confirming the deaths yesterday in Aba, the Police Command in Abia said that the altercation which degenerated into a fight resulted in the death of one of the combatants.

The command’s Public Relations Officer (PRO), SP Geoffrey Ogbonna, told the News Agency of Nigeria (NAN) in Aba that following the death of one of the fighters, a mob killed the other.

Ogbonna warned people to desist from taking laws into their hands when they have issues with others.

He said that the police had removed the bodies of the dead cart pushers to the mortuary.

An eye-witness told newsmen that the wheelbarrow pushers had on Tuesday morning engaged themselves in a fight over who should carry some goods purchased by a trader at Cemetery Market in Aba, Abia.

He said the men engaged in a brutal fight using dangerous weapons on each other over N200 to be received for assisting the trader to carry the goods.

The sources said that as the fight raged, people intervened, but the men refused to heed the pleas of the owner of the goods and other persons to settle the matter.

The witness said that one of the cart pushers stabbed the other in the abdomen, neck and other parts of his body during the fight which resulted in the death of the man.

According to him, noticing that the other wheelbarrow pusher had died, the assailant made to run away but a mob descended on him and killed him on the spot.